Using is still on the To-Do list for me, I need to get the hardware and start fiddling with it. I can show you something Linus have posted.

Test of automatic announcement of measurement start, stop and speed:

Linus have worked on the GUI also, he apparently just added a list of measured results so user can manually verify those if needs to be. This is starting to look absolutely fantastic! 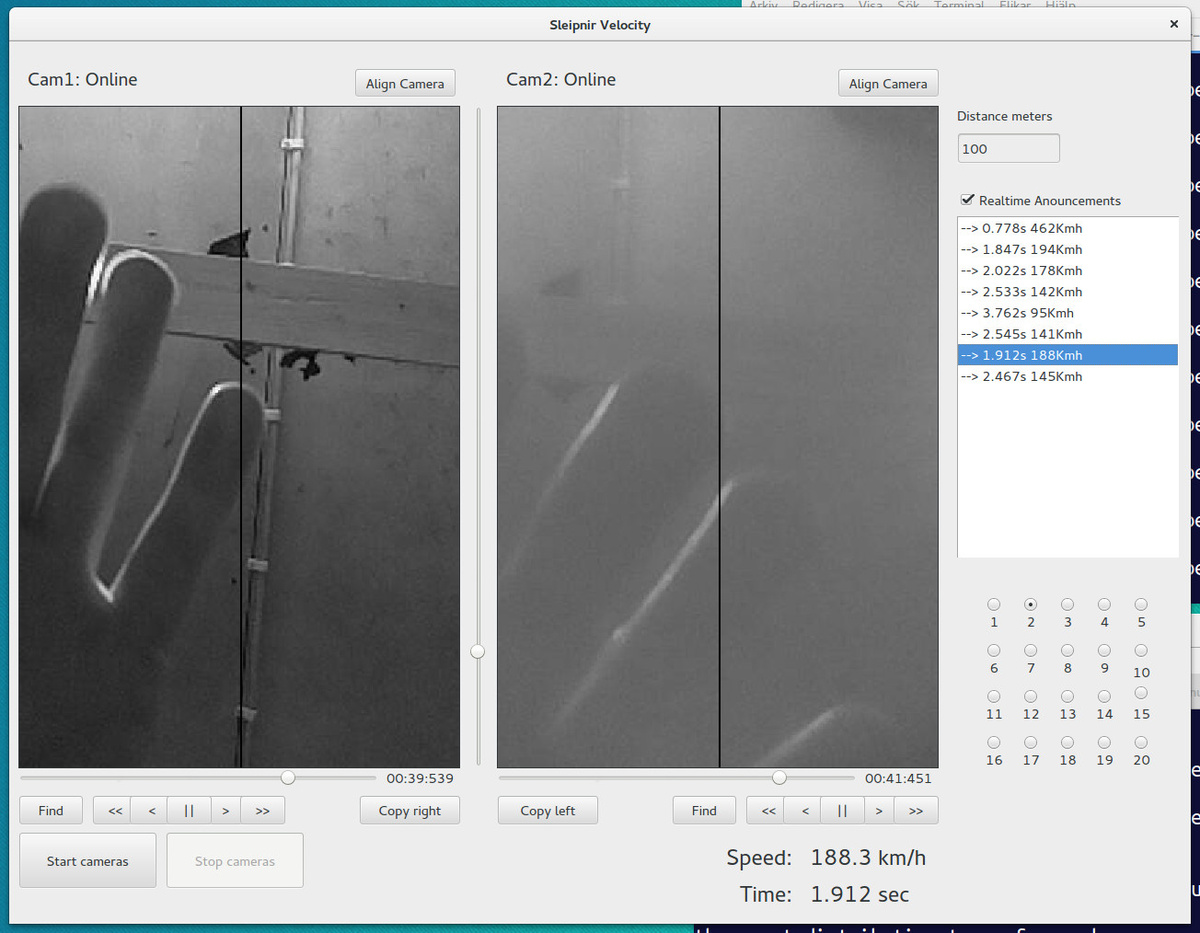 Here’s an video of Sleipnir in action, pretty convincing stuff: