I stumbled on a plane with gasoline-engine and as a telemetry-freak I “needed” the propellers rpm. Kinda straight-forward, the CDI-box has a tachometer output and on top of that it’s opto-isolated so let’s make some telemetry with it.

You need to jump into magnificent world of Ebay once again, parts needed:

Check connections in pictures below.

You also need the connection to Jeti receiver:

If you wan’t to use Arduino Nano, read this post. 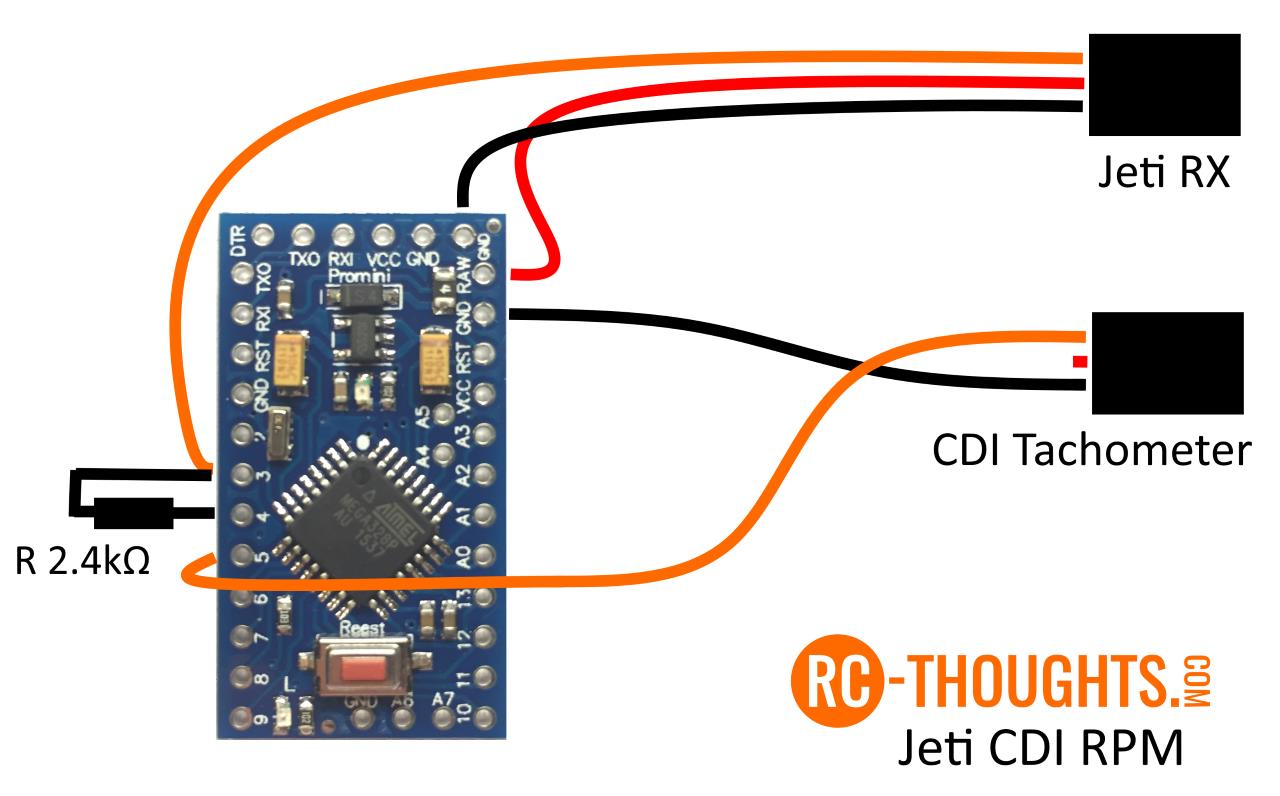 Go and get the suitable .hex or .ino (Named RCT_CDI) file from my Github here. Easiest method is XLoader + .hex-file. With Arduino and .ino you need to use the libraries included in Github repository. For info on how to use these look in RFID-sensor how-to here.

In the transmitter – Installation and Usage

Usage is really simple. Due the way rpm is calculated Arduino is slow on sending sensor-names. That is why for the first 15 seconds after power-up sensor does not count rpm. Easiest way to install is to in transmitter go to “Main Menu” -> “Timers/Sensors” -> “Sensors/Logging Setup” and then power up the model. You should see one added sensor “RCT CDI” with one telemetry-value “RPM”: 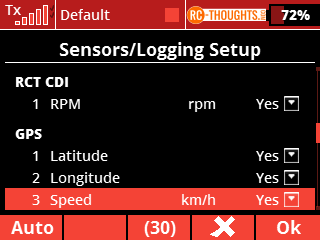 After that you can have the engine rpm displayed on main screen (up left): 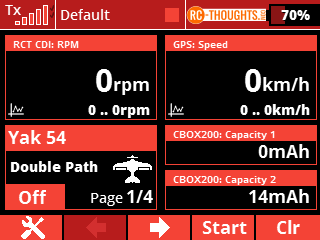 There is also a Jetibox screen but since no settings are needed it’s just a static screen: 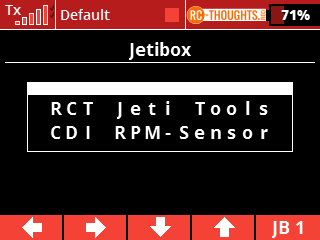 Alltho this is opto-isolated we need to remember that engines may give disturbances to RX. So make sure to test thoroughly with range-check with engine running on various speeds. Remember safety with propellers!

Always make sure everything works as it should. Do not use faulty devices. neither RC-Thoughts and/or me are in any way liable or responsible for anything you do with your equipment or to others with equipment used as described here. You should never use LUA-apps for operation-critical functions.

Is to have fun building, this will not bankrupt you in any way :)