Some time ago one DIY-builder contacted me about not getting one of the DIY-sensor to work with Arduino Nano. It took a while to realize the root-cause, the difference is in Atmega328P operating in 16MHz when all my sensors use the Arduino Pro Mini 3.3V where CPU operates on 8MHz. This means I knew the root cause, but not the actual point of reason causing sensor not being recognized by Jeti receiver.

The hunt of fix

One of the earliest hypothesis was the serial-connection to Jeti especially since it’s a bit unusual speed of 9700baud due REX-receivers. After staring at the softwareserial-library for an hour I found out the obvious that I really should have seen right away… (I really should start to learn about programming…)

When moving from lower serial speed to higher (9600 -> 9700) the serial-definitions should decrease, not increase as they did. On top of that the values in library’s serial-definition for 16MHz CPU-speed where totally wrong and off the charts. After fixing those the communication from Arduino Nano to Jeti receiver was without issues.

If I’m using Arduino Nano – What to do?

Update your libraries from my respective github for the sensor, they are all updated. Sensors affected are:

Note that Jeti GPS Sensor here is not affected since it’s my first sensor to use another serial library. Nano-compatibility is untested.

After updating the libraries flash your Nano, that’s it.

If I’m using Arduino Pro Mini – What to do?

Nothing if you are using the recommended 3.3V 8MHz model. This same library works for Pro Mini 5V 16MHz, before using it make sure you are getting 3.3V for sensors not accepting 5V, after all, I’m using 3.3V 8MHz for a reason.

Connections to Jeti receiver from Nano is the same as with Pro Mini. Here’s a pic to explain it all: 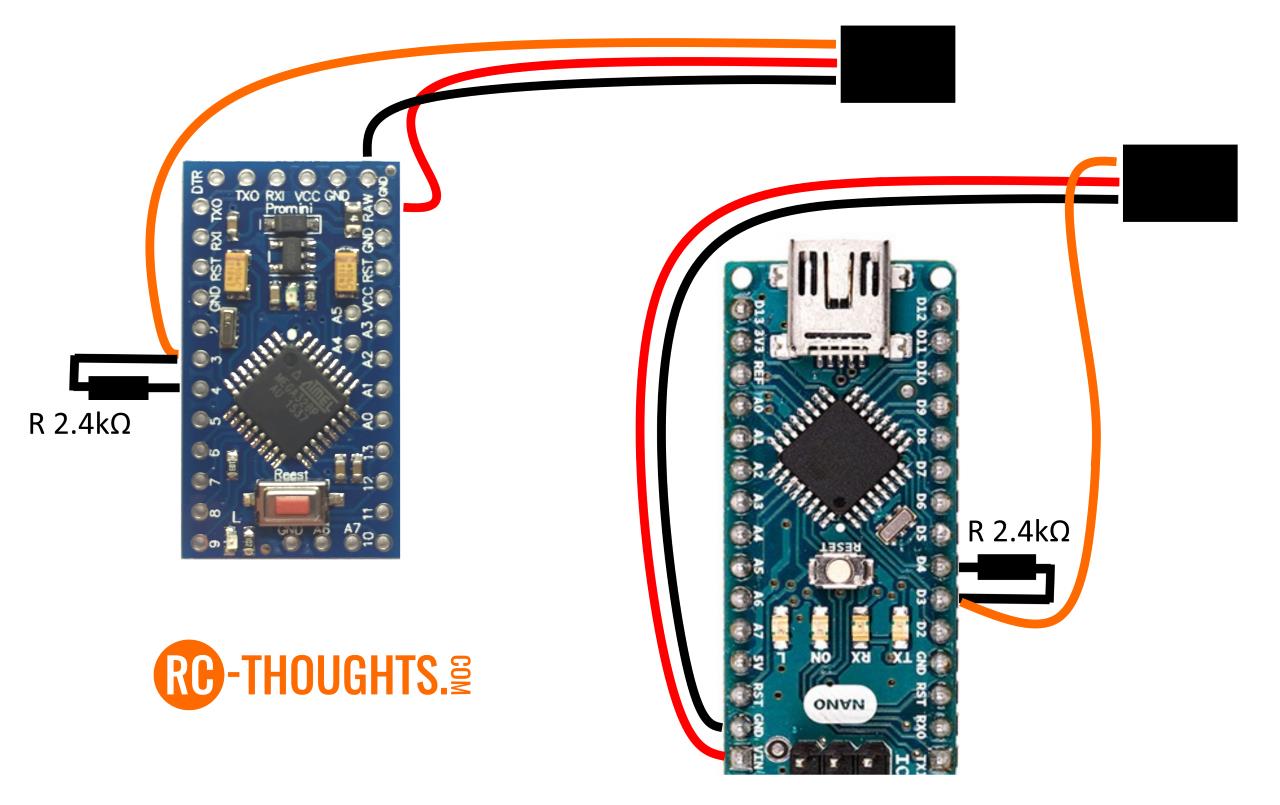 The actual sensor-connections are the same with all sensors.