So, searched, found, tore it apart. Xbox controller has two motors with different weights and therefore different vibration forces. I now have the more powerful installed, it’s a matter of taste if it’s too much or not but swapping between them is easy.

Positioning and securing the motor

This was not the easiest part, in essence DS-series transmitter has only two possible places where only one is suitable due the fact that there’s nothing on top of the PCB. Since we just cannot hot-glue the motor there we need to manufacture a holder for it.

Luckily I just got my el-cheapo 3D-printer and that was fun to play with. Result is not pretty, I really need to do some calibration on the printer but you’ll get the idea.

View seen from top down to motor: 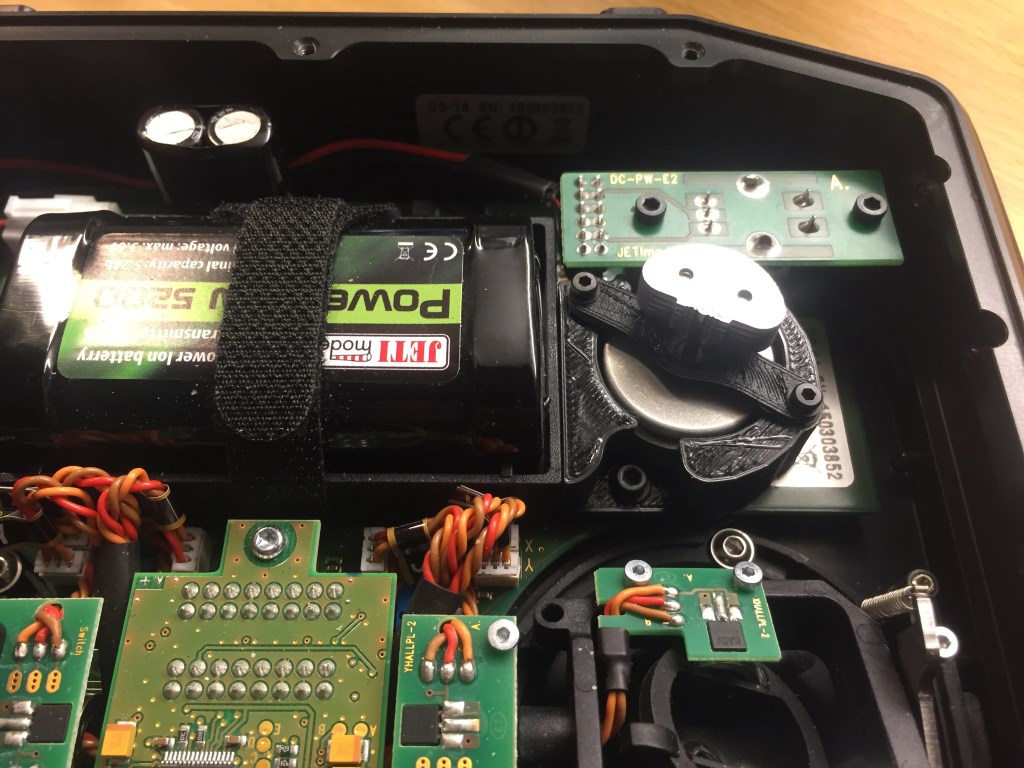 The Xbox motor has another really convenient thing, it’s padded. This ensures really smooth vibration. In the picture above you can also spot the original screw-hole used and the bracket on top of motor to keep it in it’s hole. Remember, it’s actually upside down when transmitter is used. 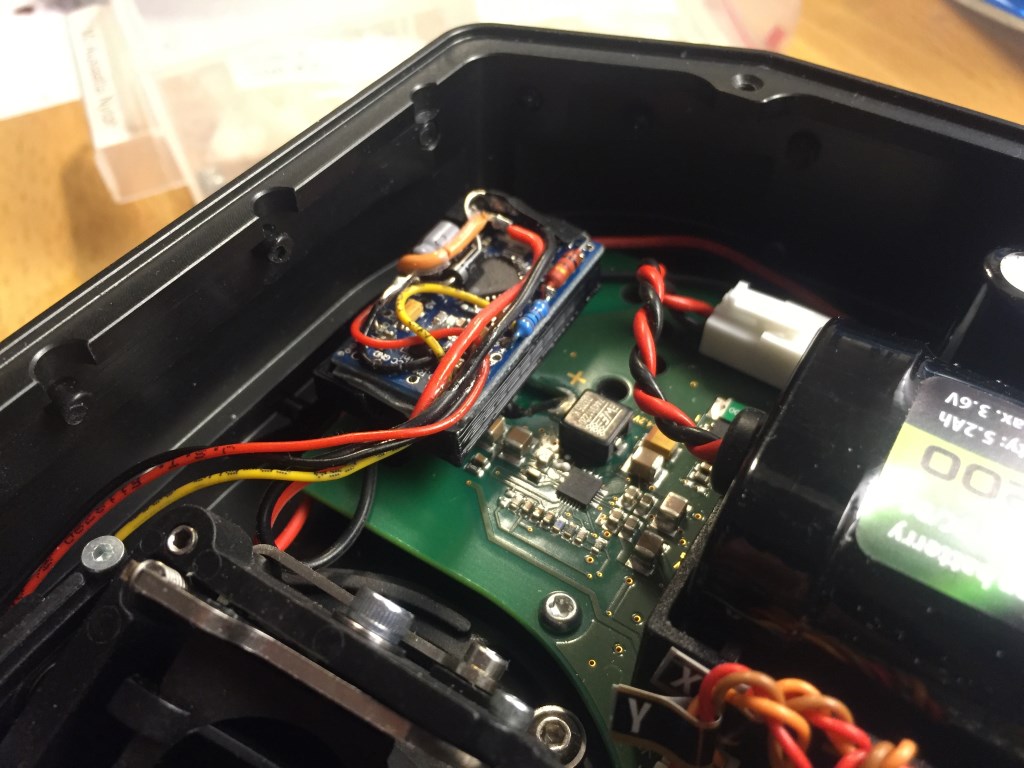 The overall picture is very neat, everything fits nice, cables do not interfere with gimbals or anything else. 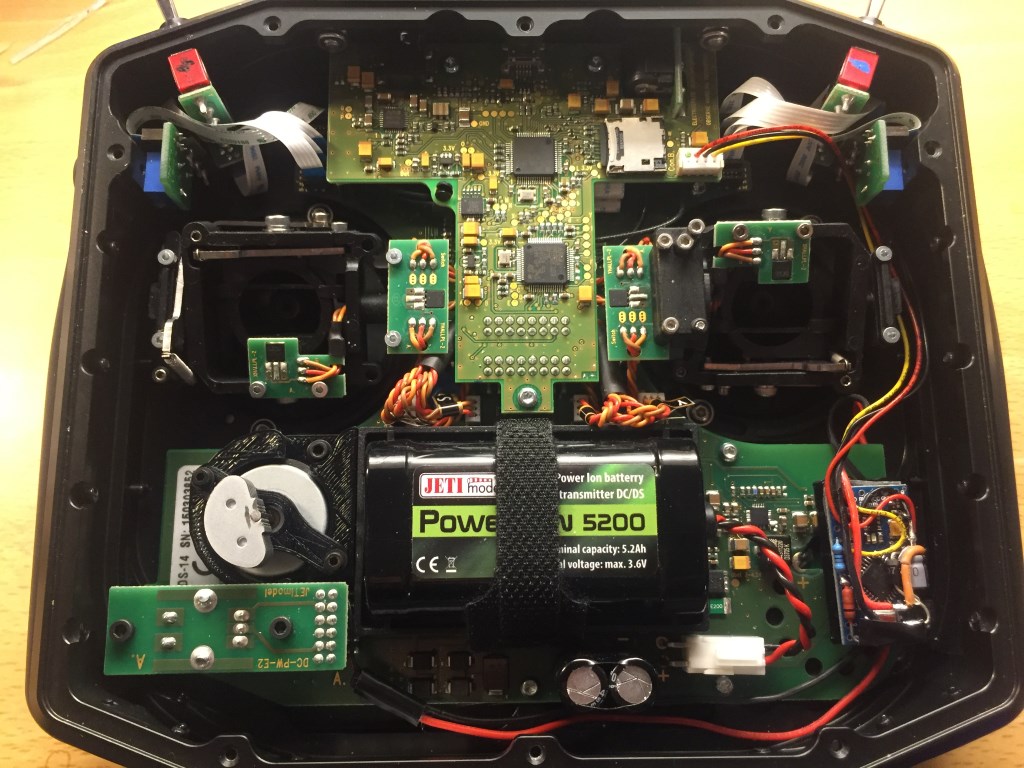 I know, cabling could be prettier, but it’s a proof-of-concept…

I did some have some issues during this project. The biggest headache without a doubt was the positioning if the big Xbox motor. The height is exactly right. The motor axle comes as default about 1 to 1.5mm up from the weight, I had to dremel that down. It’s that close to back-lid. Also since the height is that big the motor cannot be moved at all more to the left in the picture above due the rubberstuds from the padding in the back-plate. So, there is plenty of room but then again, there’s not.

Also worth mentioning, the Xbox motor does take more current than the small motor’s I tested before. It is however very much within the specifications, whole vibration-setup uses ~270mA from the Jeti internal PPM-plugs voltage pins. And specifications allows us to use 1A. So no issues there at all.

Last but not least

I knew I wanted to make a video about it, but how do you visualize vibration? Turned out it was hard but here’s one attempt to it.

So, make your’s, instructions are here! And get out and fly something!