…when, we do not know. We also do not know anything definite since a) only Jeti knows and b) dates have a tendency to drift…

Where is development on DS-24 now?

There’s pieces and bit’s of information every now and then. Today we got something again on RC-Group-forum. ZB from Esprit posted a picture of a prototype DS-24’s inner parts. Looks pretty nice so far, should be a cool thing when it comes out. Late 2016, early 2017, who knows.

One thing that speaks for the late 2016 is the fact that the concept of -24 is pretty much done since DC-24 is very close. This means Jeti “only” need to make the hardware for DS and some small adjustments to software.

Below is the picture ZB posted, original post can be found here. 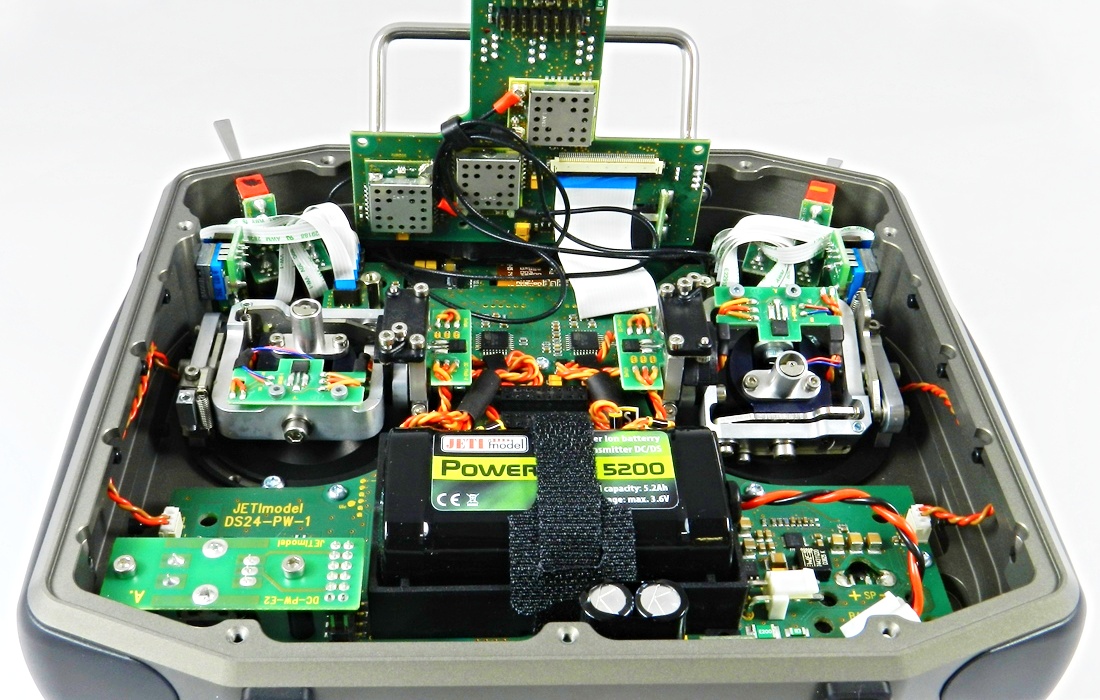 What can we see in the picture

From what I can see the PPM-output connector is moved from horizontal to vertical, also the SD-card holder is not visible but looking from the amount of lines in the ribbon-connector it might be safe to say it is located pretty much where it’s on DS-16 now.

What I do like is the new gimbals, the sticks themselves seems to be balanced better since the vibrator motor is on the opposite side of the gimbal X-Y axis. This is one of the most interesting things I’m waiting to test on the DC-24 when it finally arrives. Also what we can see clearly from the picture above is the power of vibration motors, the weight is quite strong. I had to do quite much testing of the vibration motors for the Jeti Vibrator-project so I’m confident those will “shake your fingers” really well. It is basically only question of motor-speed now.

Sorry. You gotta wait. I want it too. We all just have to wait. A loooooong time…. :)