What a beautiful scenery for yet another HeliCamp! If you have never visited lappland in scandinavia you really should do that some day. There’s nothing like it in the world, clean air, peace, silence, nature, animals and every now and then some dude’s playing with their RC-helis!

Finland is not a small country measured in distance. I’m not living in the most southern part and WoodshipMeet is not in the most northern part it still is ~11 hours by car with one food-break.

PajalaKolari Woodshipmeet is arranged by Markus and Jani on the Aavahelukka airfield next to Ylläs, it’s the most northern camp in Finland (and Sweden) marked with blue on the map, black is home. Distance is ~850 km. 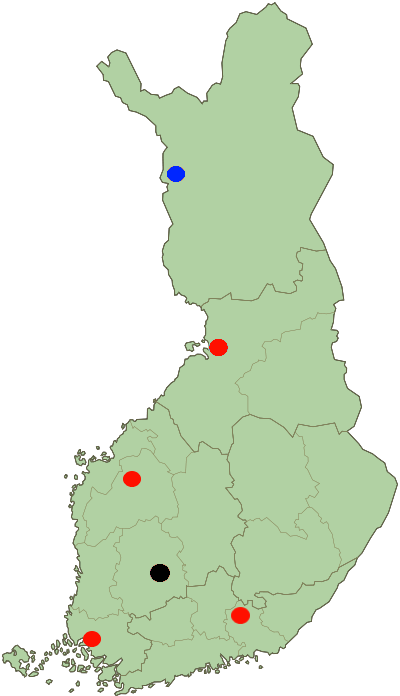 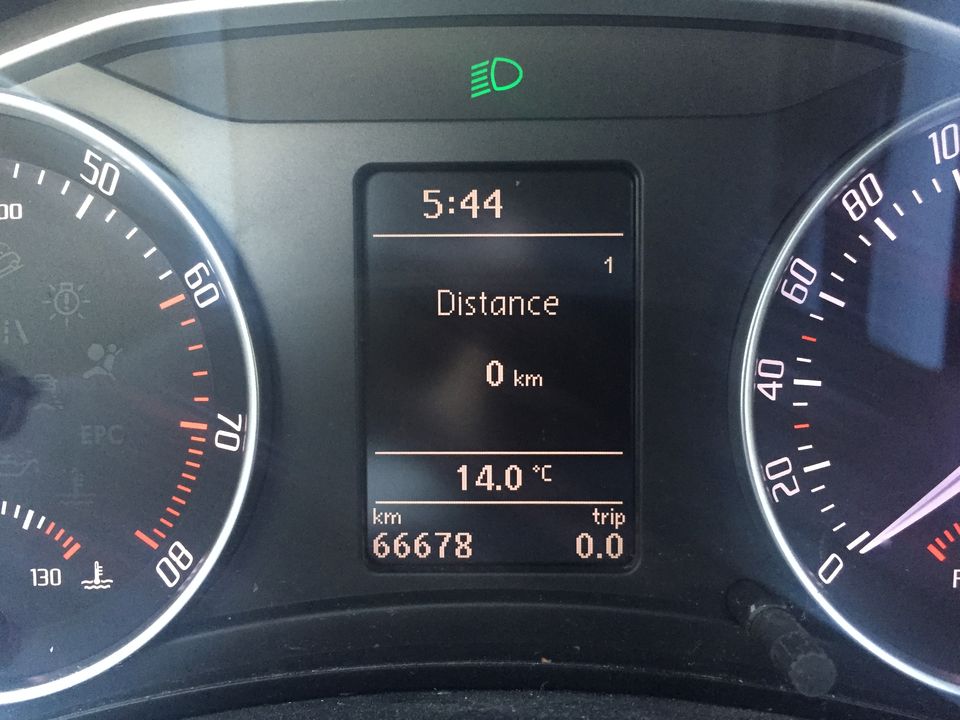 Since this really is in northern Finland there’s usually something that one does not meet at home, food on the road. Reindeers were once again on the road, they are not interested on cars and they really have no respect whatsoever to cars either so some caution is a wise thing. 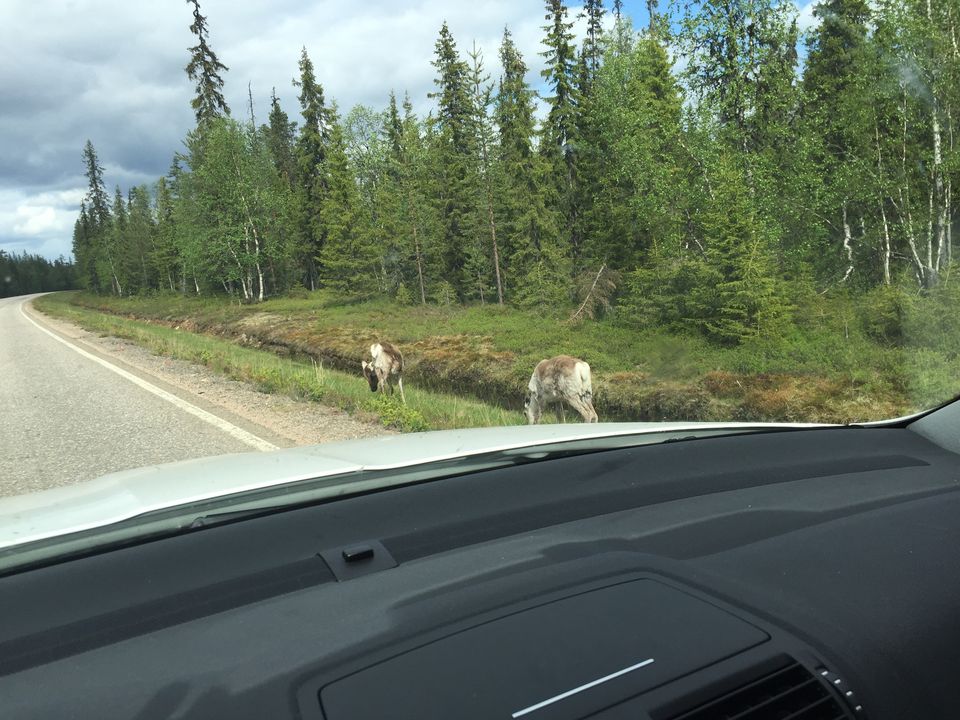 Well, after a long trip at Aavehelukka airfield I got a nasty surprise; 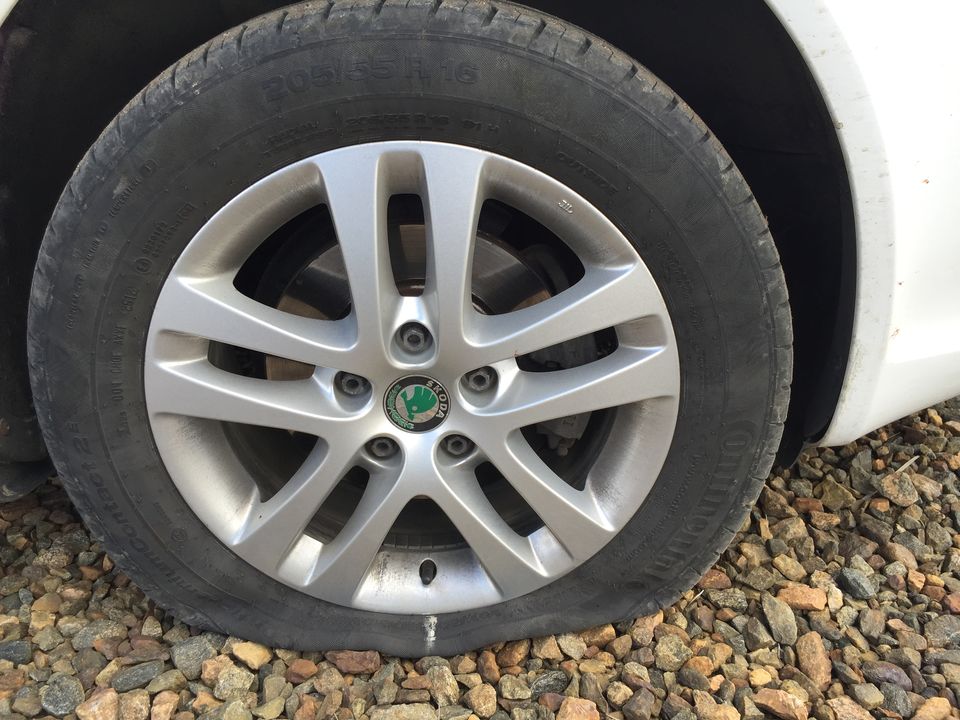 Since there’s a air-pressure warning-system in my car this had to have happened on the last meters on the gravel-road. Thankfully Jaabe had some tubeless-patches and my car had a air-compressor in the trunk so no bigger drama this time!

I had again the loaner-radio DS-16 from Jeti factory with me. Thanks goes to Jakub at Jetimodel this time too! Since it’s a bit different scenery here I took the opportunity and tried to take some “promo-pics” for my own use: 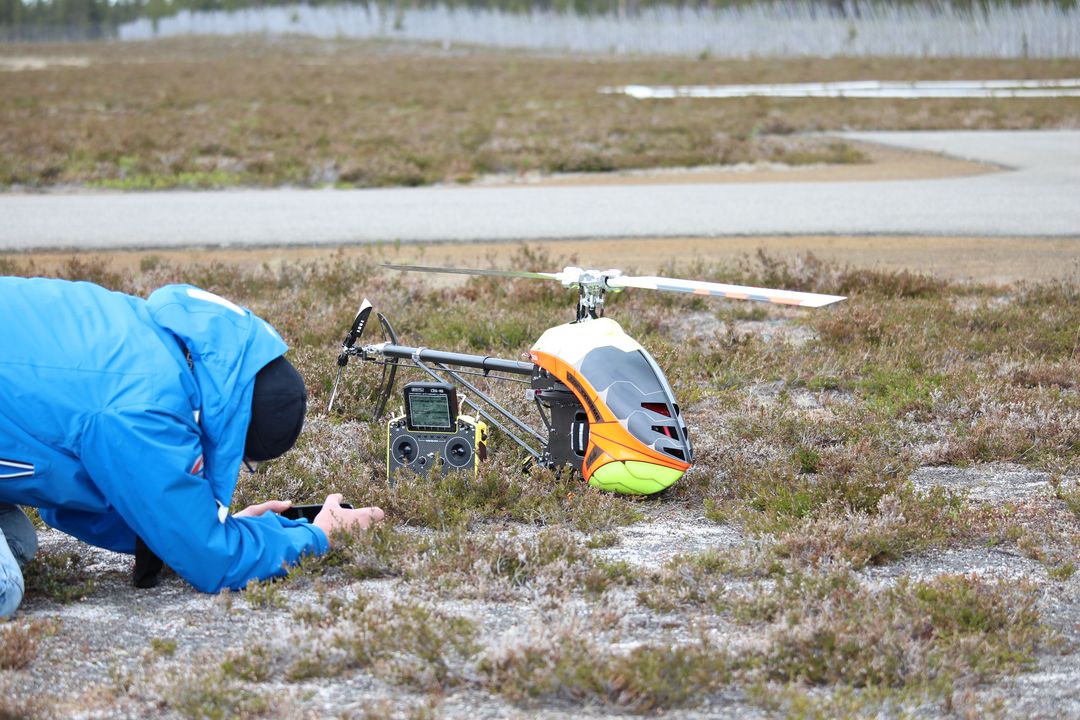 Didn’t come out as I wanted. Little did I know that Pertti saw this and took something too :) 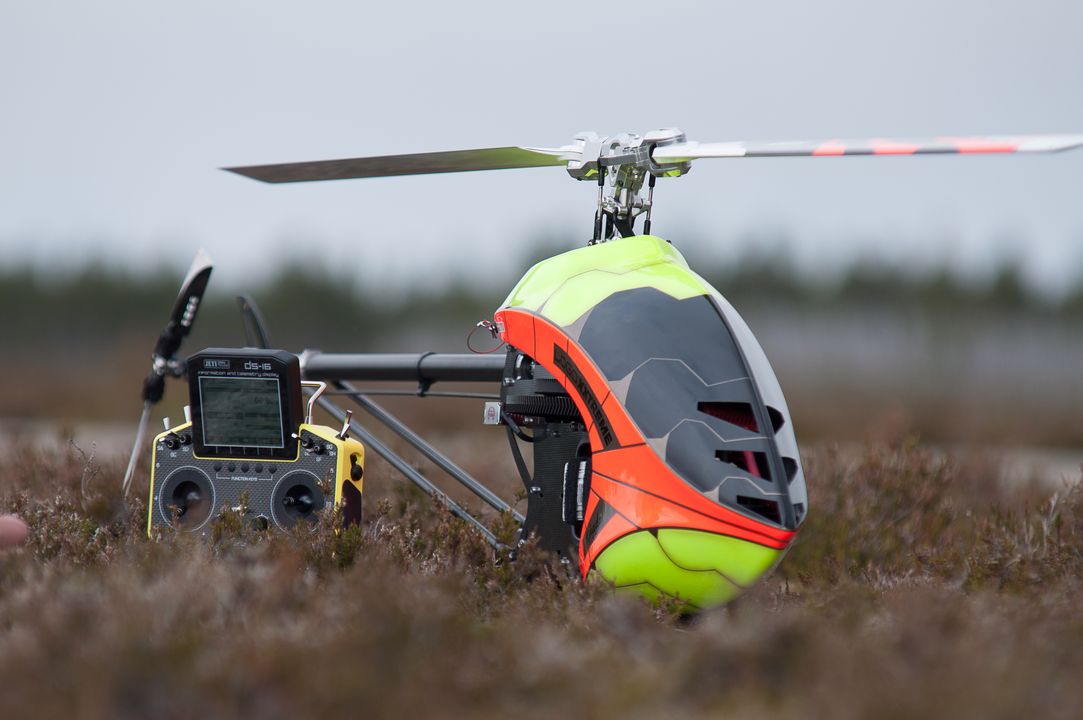 Oh yes, we did some flying too! My 800 Xxtreme have been on the ground for whole winter and I have only about 10 flights on it this year so a bit rusty flying with it. But I am getting slowly warmer in the sticks….

I got a pair of Edge 813’s and I just love those blades! Too bad they do not make them anymore. A few flights in the batteries got a few rounds and were getting warm and so was I too, it was time to have some true fun!

I like to fly something others call “fast big air”, usually it’s the left stick so much up it goes and the steering is then handled with the right stick. Awesome and really fun with a 800-sized heli. 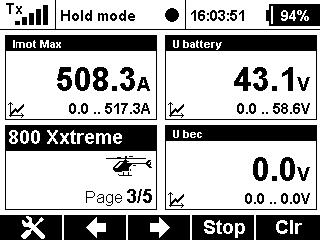 No bigger drama, since Kosmik is in power-reduced mode it’s easy to land safely. Total cut-off would have resulted in autorotation and result could have been either way. But, it was a fun flight! Just to go again! 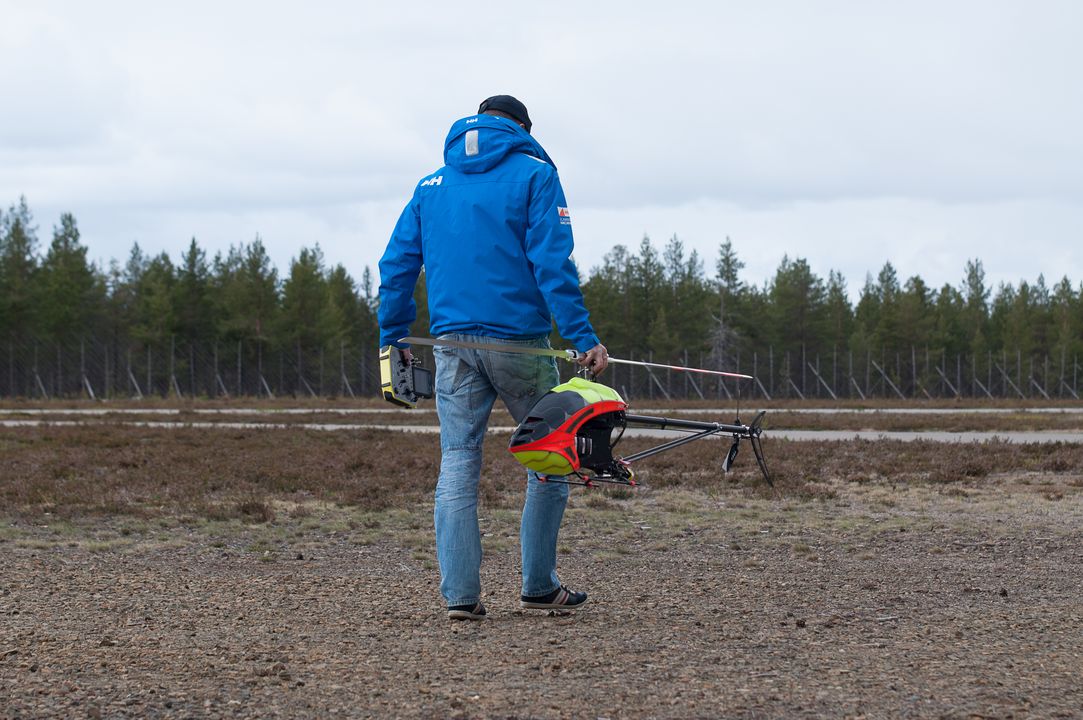 I had smoke-cartridges with me, those are cool! Fun to draw lines to sky especially with my flying-style: 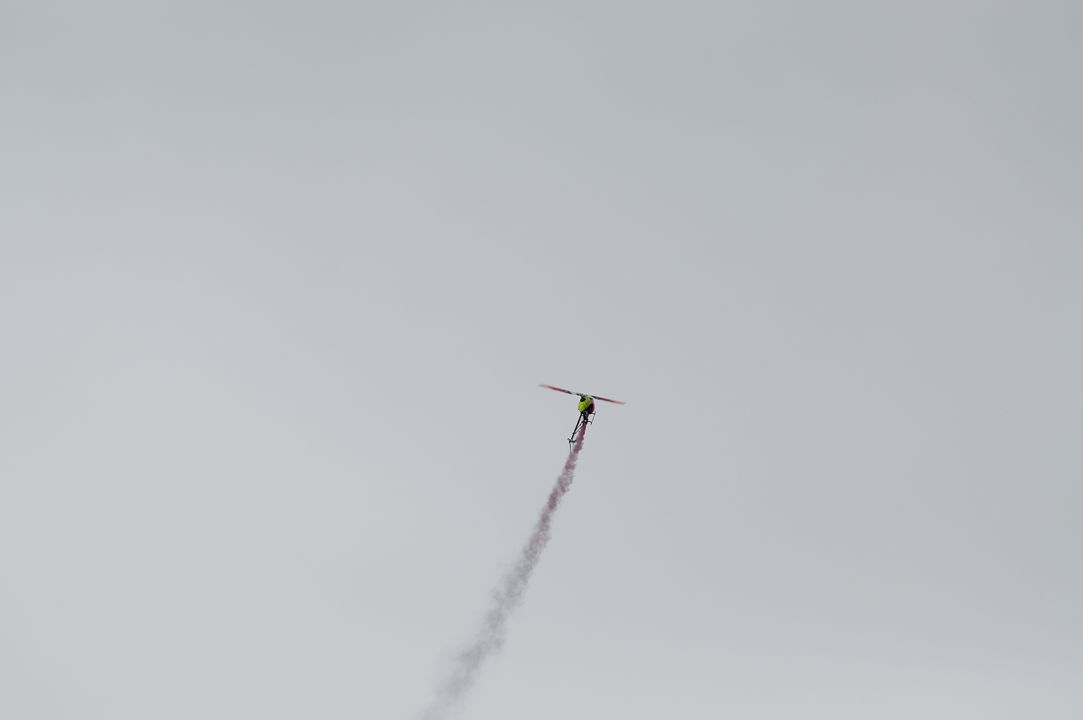 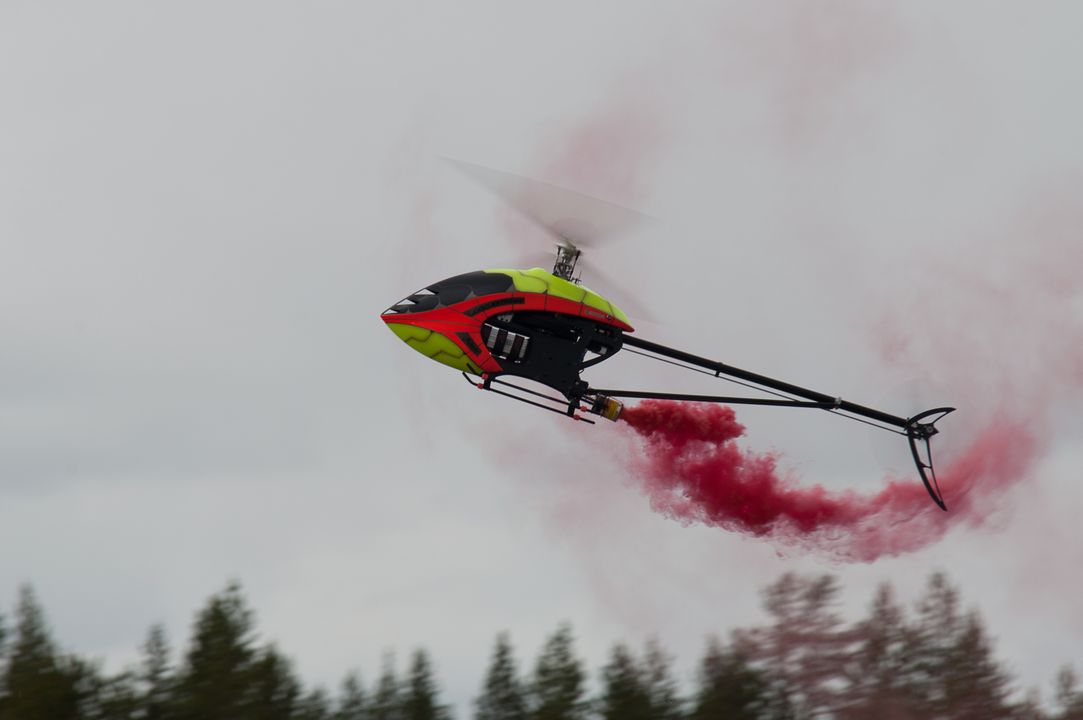 It does have some impact, after a weekend there is some cleaning to do :) 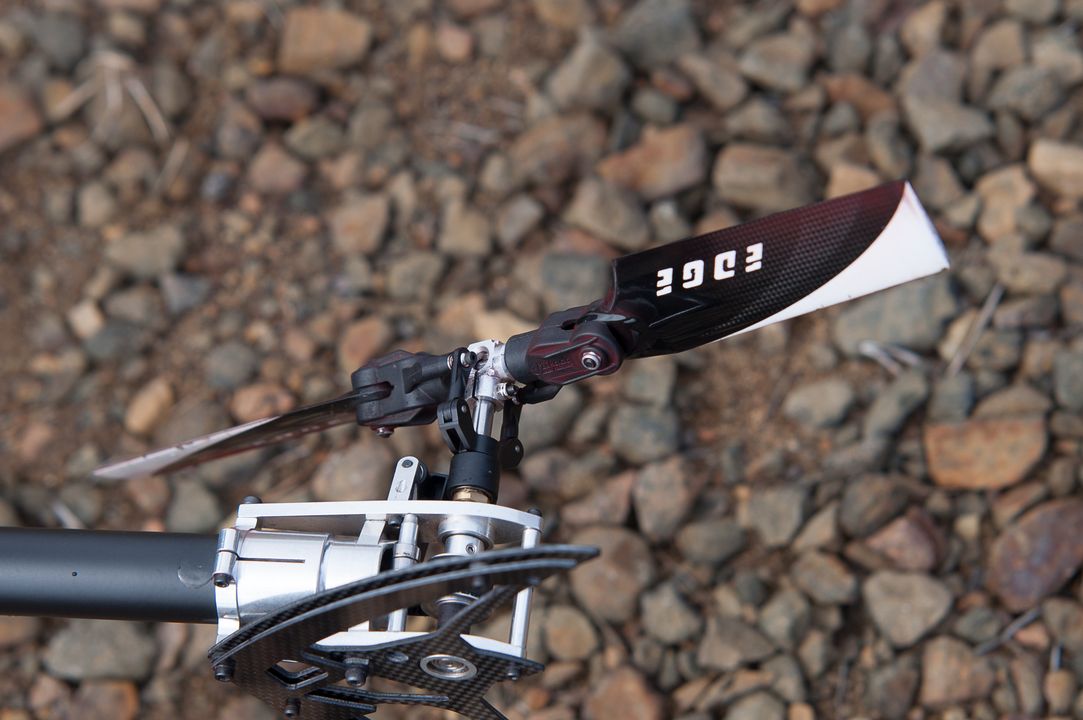 Overall a fun camp with Logo! 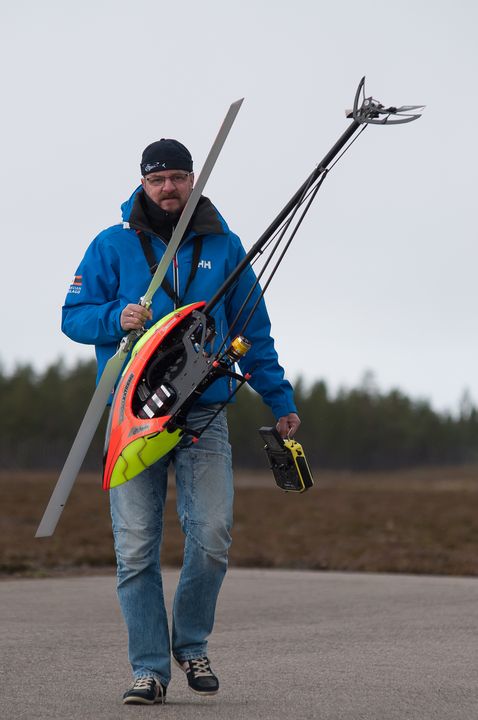 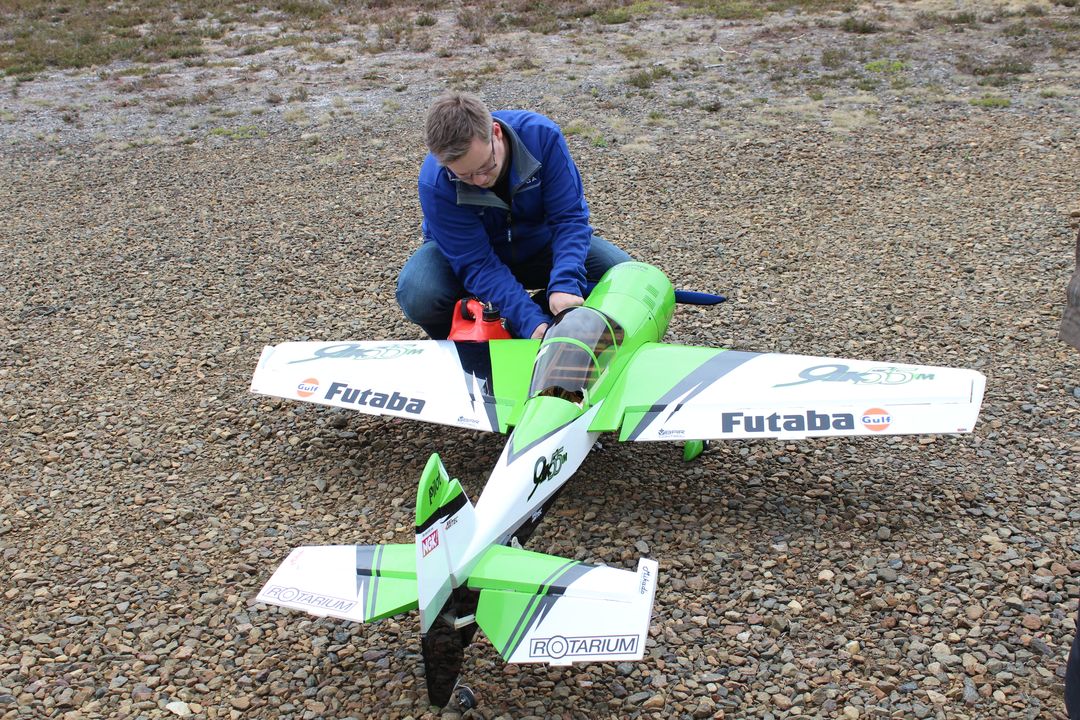 It flew really good in the hard wind and gusts we had whole weekend. He had some issues with the engine. Motor shut down a few times during flight with uneventful landings as a result. 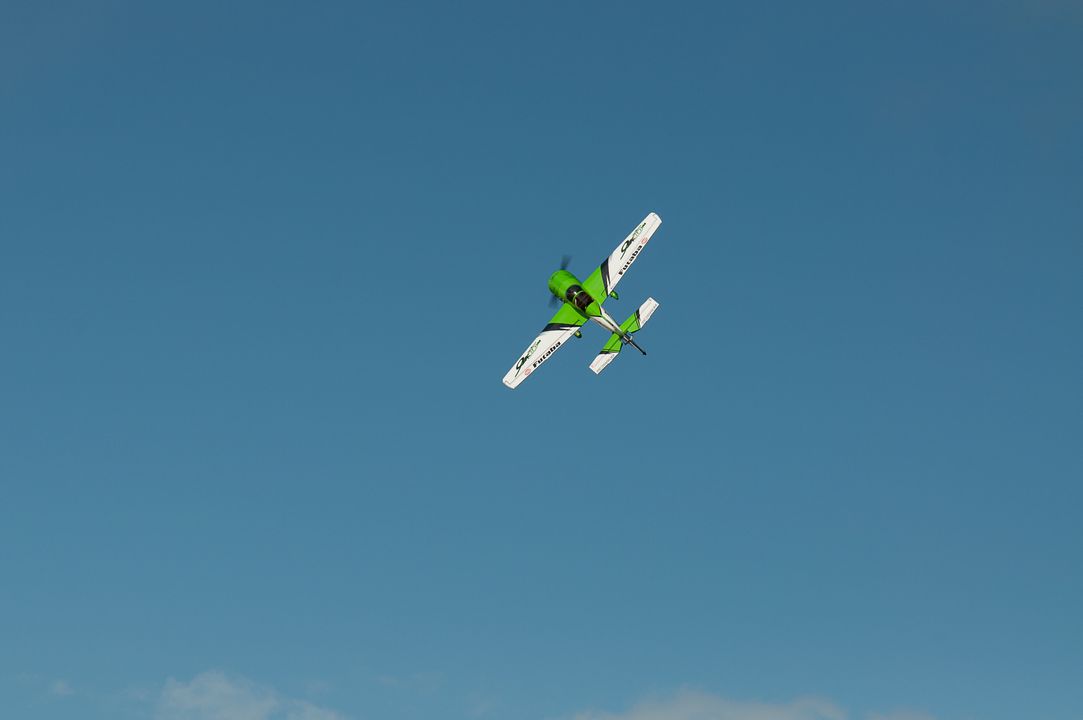 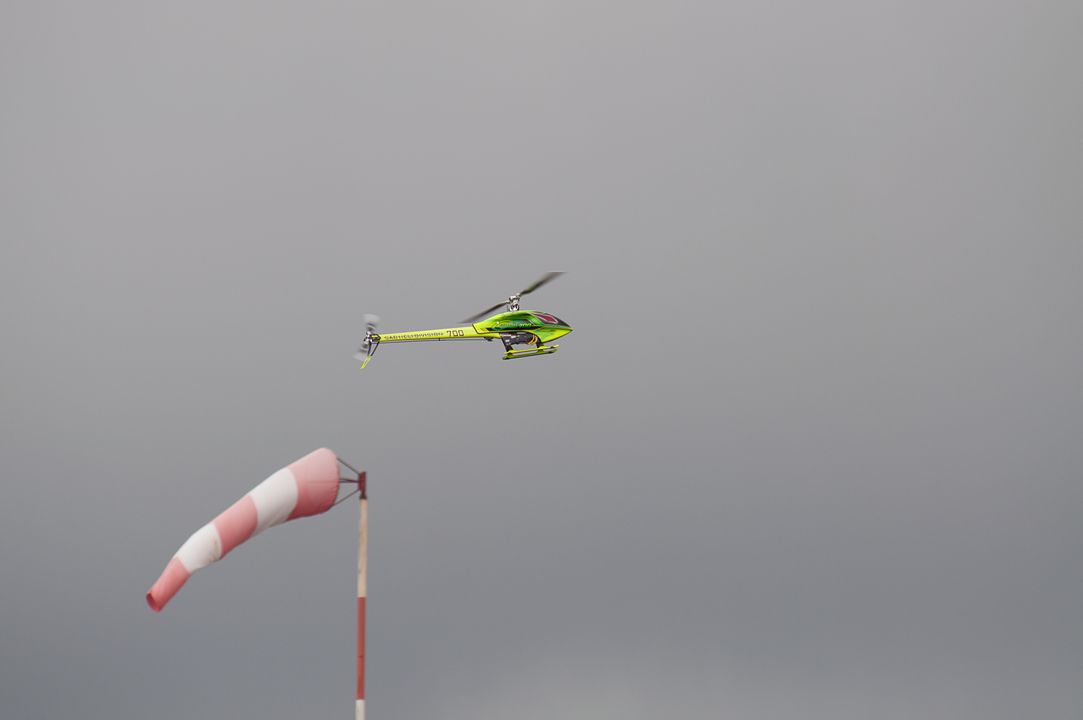 And yes, then we have Lauri. A happy dude, always laughing and having fun. This first picture is after 25 seconds of flight with Srimok 90 heli.

Luckily not a total crash. There was a total loss of radio-control and down it came. After some wondering Lauri took his DLG out for a few spins. In the hard winds it looked really nice until it too suffered total radio-loss.

Something had to be done. So we found perfect use for the old Spektrum DX7: 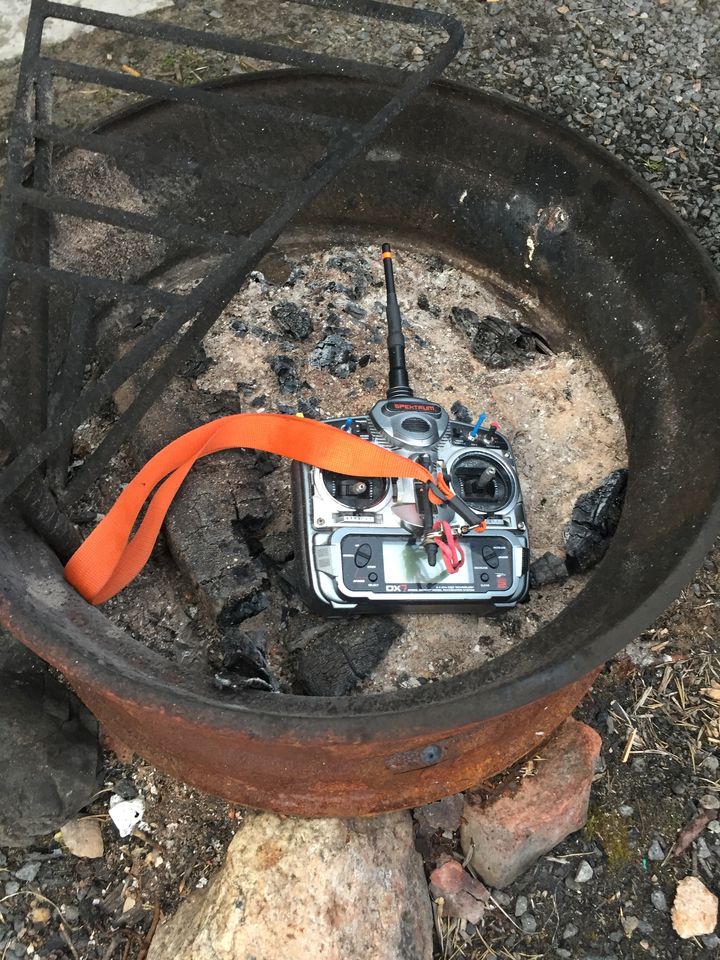 Every radio can be made to Hot Rod with some flames, right? (I don’t think this is exactly the Hot Rodding they had in mind but it’s close enough!) 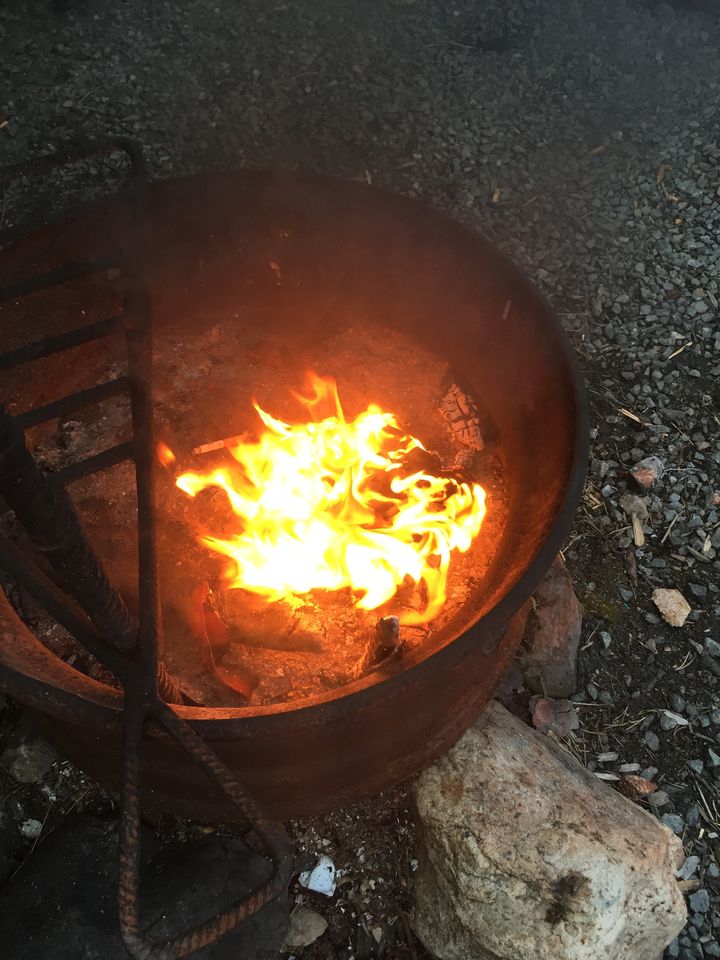 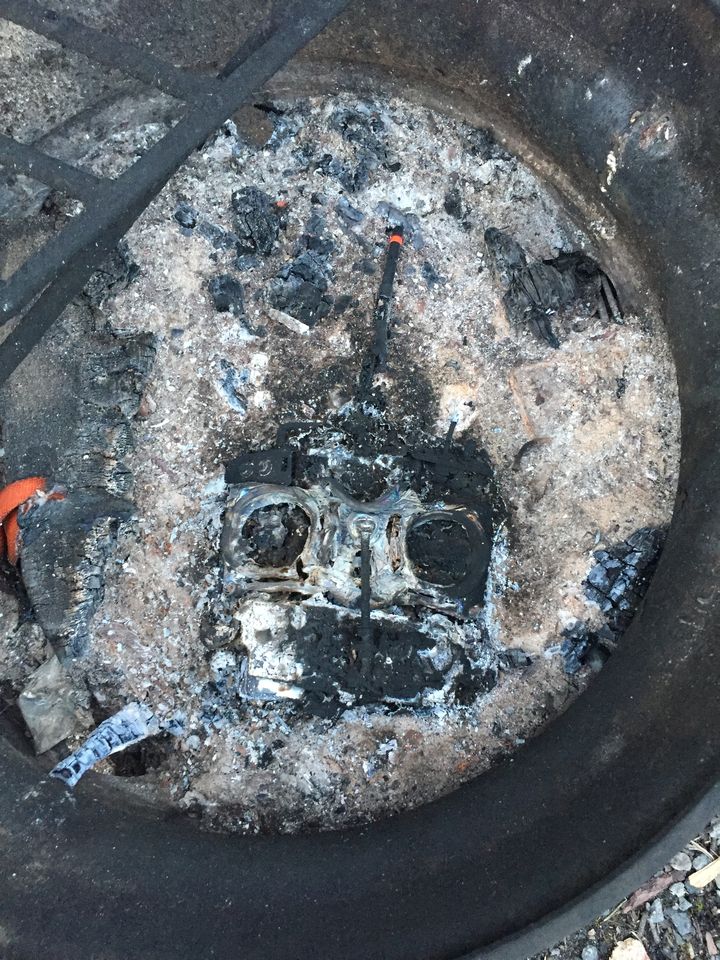 I would like to thank Markus and Jani for once again really fun helicamp! Yes, it’s far away. Yes weather might be something other than what we had hoped for. BUT. Always fun with Lappaland, true finnish sauna in the evening, and most exotic of them all, midnight sun! 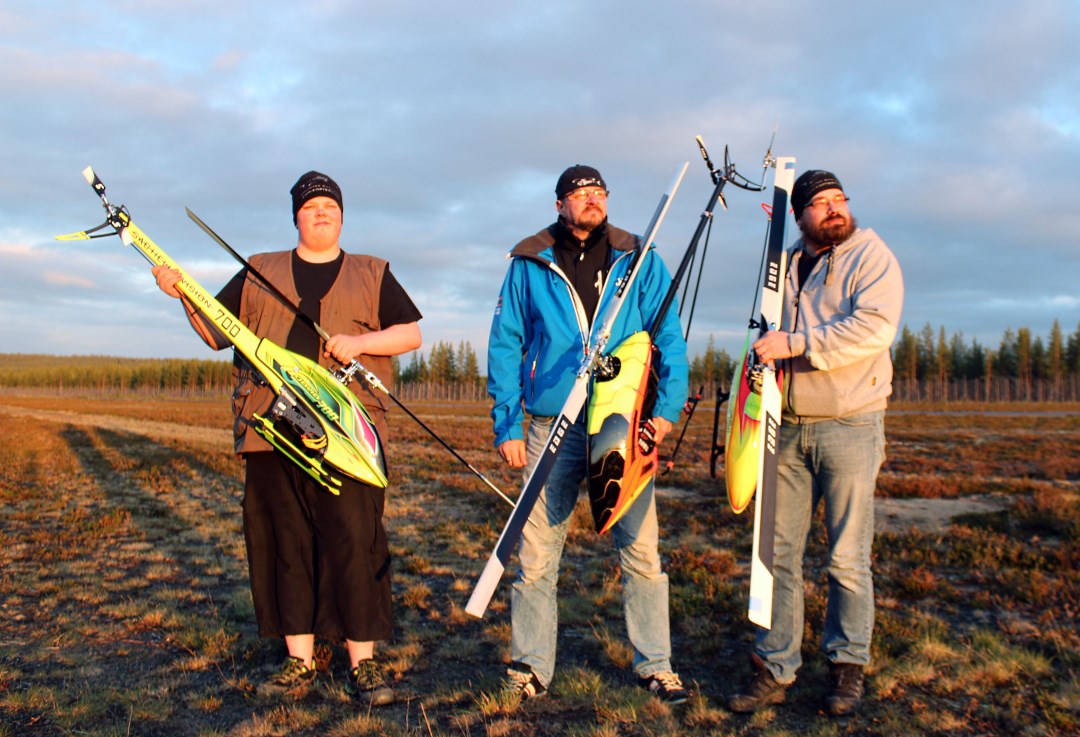 Just as I thought to start driving home Markus and I were asked if we would like to take a spin in a small plane around the airspace in Lappland. Suddenly there was no hurry whatsoever to get in the car and drive home!

In to the plane we go! 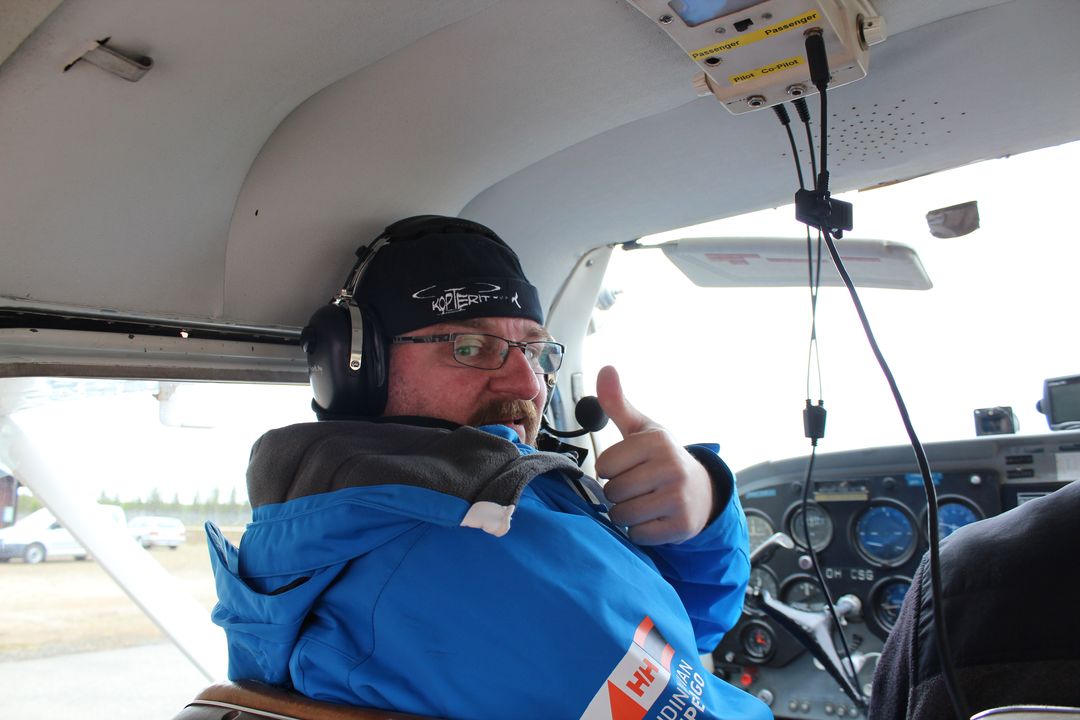 Markus was a bit worried sometimes: 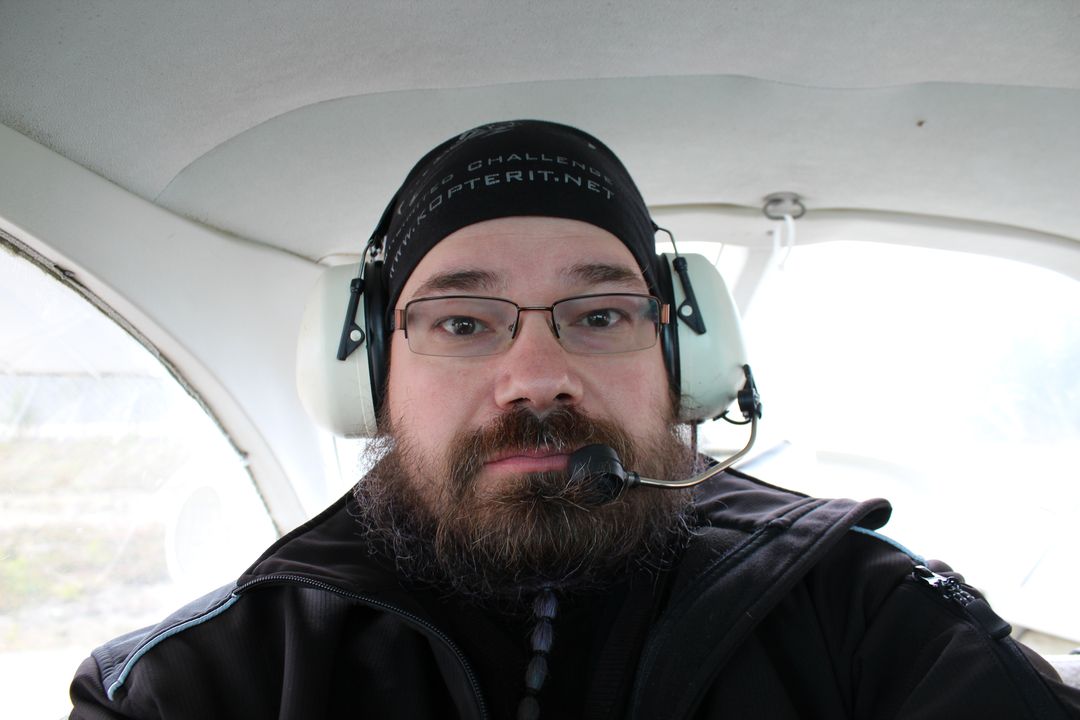 The reason was obvious… He sat in the back when I was busy in the front:

That was so much fun!

At one point we did some circles with two eagles. So beautiful and big birds. They can have wingspan up to 1.9 – 2.2 meters. Really hard to take photo but this is one attempt: 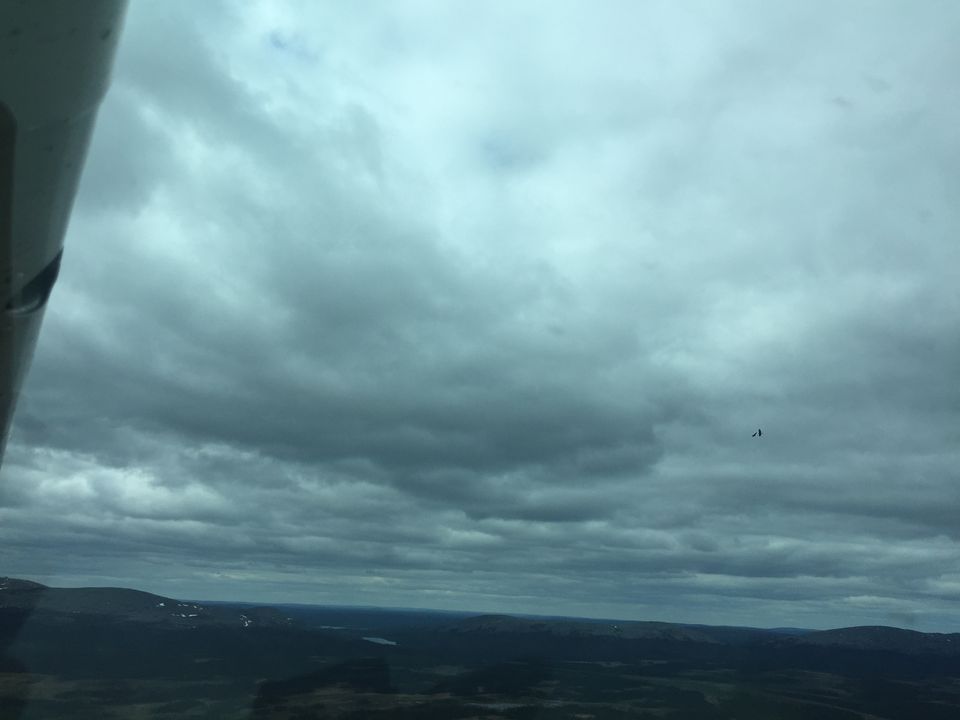 We did land safely, had a great pilot! (Obviously not me in the controls!)

This really made my trip!

It took a while and it was pretty late in the night between sunday and monday but I got home safely after 10+ hours in the car. Thank you Lappland, we’ll see each other again next year! 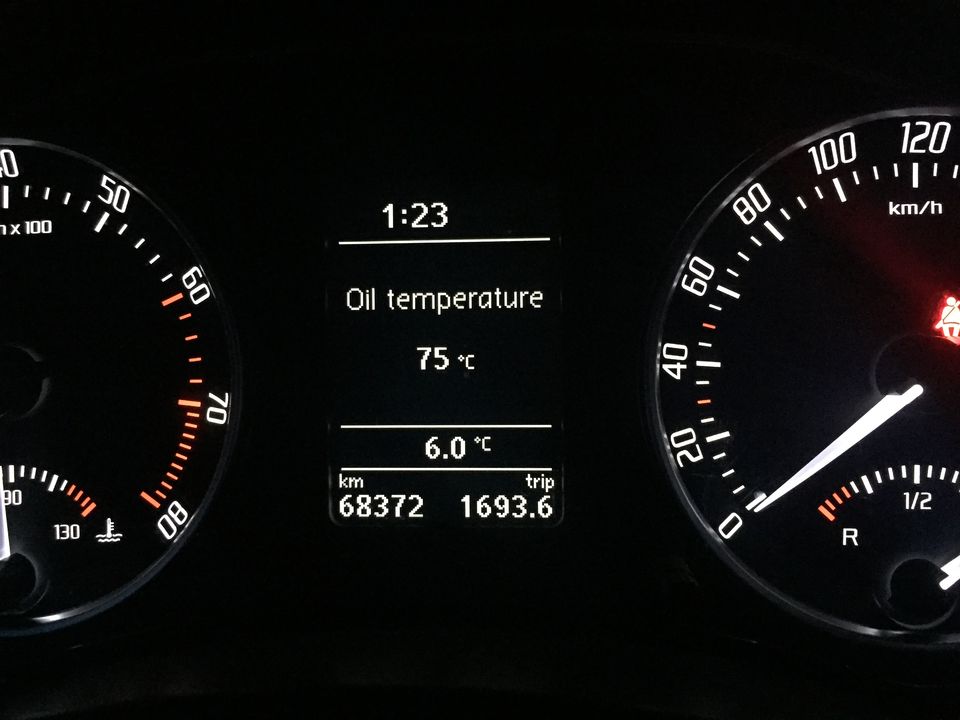