There was a user who wanted a wav-file to be played once a second. This was not fully possible since files were too long. After looking at the file more closely it was clear, the TTS-service add’s a bit too much silence to the files so it needs a bit of fixing. 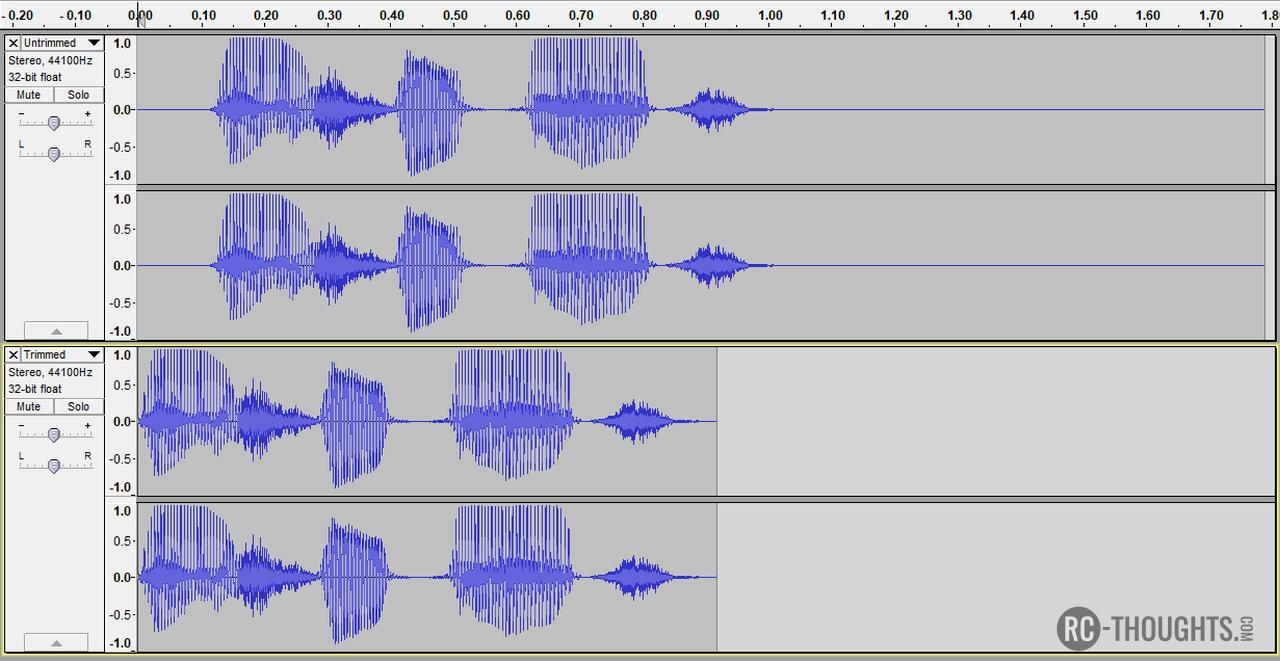 Looking at the unfixed version “Untrimmed” on top we can see extra silence in the beginning of file and especially in the end of the file. I examined about 50 different audio-files you users have generated and the amount of extra silence is really constant. So I added fixed trimming.

The “Trimmed”-file below has 0.12 seconds trimmed from the beginning and 0.75 seconds from the end. And the result is just about perfect! Also note that total length of the file is reduced from 1.8 seconds to about half, ~0.92 seconds. So yes, goal achieved!

Best part is that you do not have to do anything, fix is automatically done!