One forum-user needed this for easier setup of heli’s gyro-channel. As we know it can be fine-adjusted during flight but since it’s usually per flight mode it can be a bit tricky to get the exact value after a flight with more than flight mode. (And that’s pretty much all flights with a heli).

So, Lua to rescue. 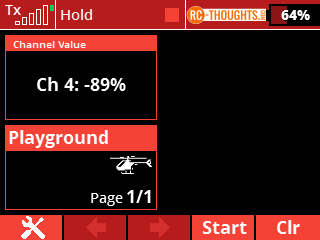 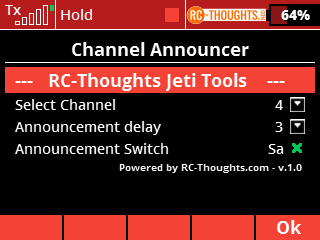 Really, cannot be much more easier than that.

App reads the output value of defined channel. When user flips the switch app makes an voice announcement of “Output minus 73 percent” as an example.

As a small bonus I added a real-time telemetry window in case user would like to follow the channel on main screen.

Tested on DS-16 and DC-24, both with firmware 4.22. Released under MIT-license with no warranty.