I was approached by a competition sailplane-flyer who is using UltraGuard as  backup-power. He said they are having some issues due difficult placement of the UG unit, it’s hard to reach and as we know when the day is over it’s advisable to disconnect the battery on UG so it would not deep discharge.

I thought about it a while and here is the solution.

The idea is as we know simple, UG senses when there is power coming to the main leads, it then adjusts itself to 0.5V lower voltage and sits there. If there is need to charge the 2S LiPo it does that, if not, it’s just idle.

Now, if main power is cut off due for example BEC-failure UG is giving voltage to RX and servos, giving the possibility to rescue the model. So clever and yet so simple.

There’s two issues here. First is that due difficult placement of UG in some models it’s hard to turn off, it’s done by pressing a switch on the UG. This has been resolved earlier with LogicSwitch if using Jeti, the schematic and guide is here.

Using only the traditional UltraGuard + LogicSwitch approach you still need to disconnect the 2S LiPo on UG. So, lets make that automatic too.

UltraGuard uses a 2S LiPo via balance-connector. That means 3 leads. In order to make the automatic disconnection of LiPo we need to cut two wires of those three. Easiest way is to use a two-circuit relay: 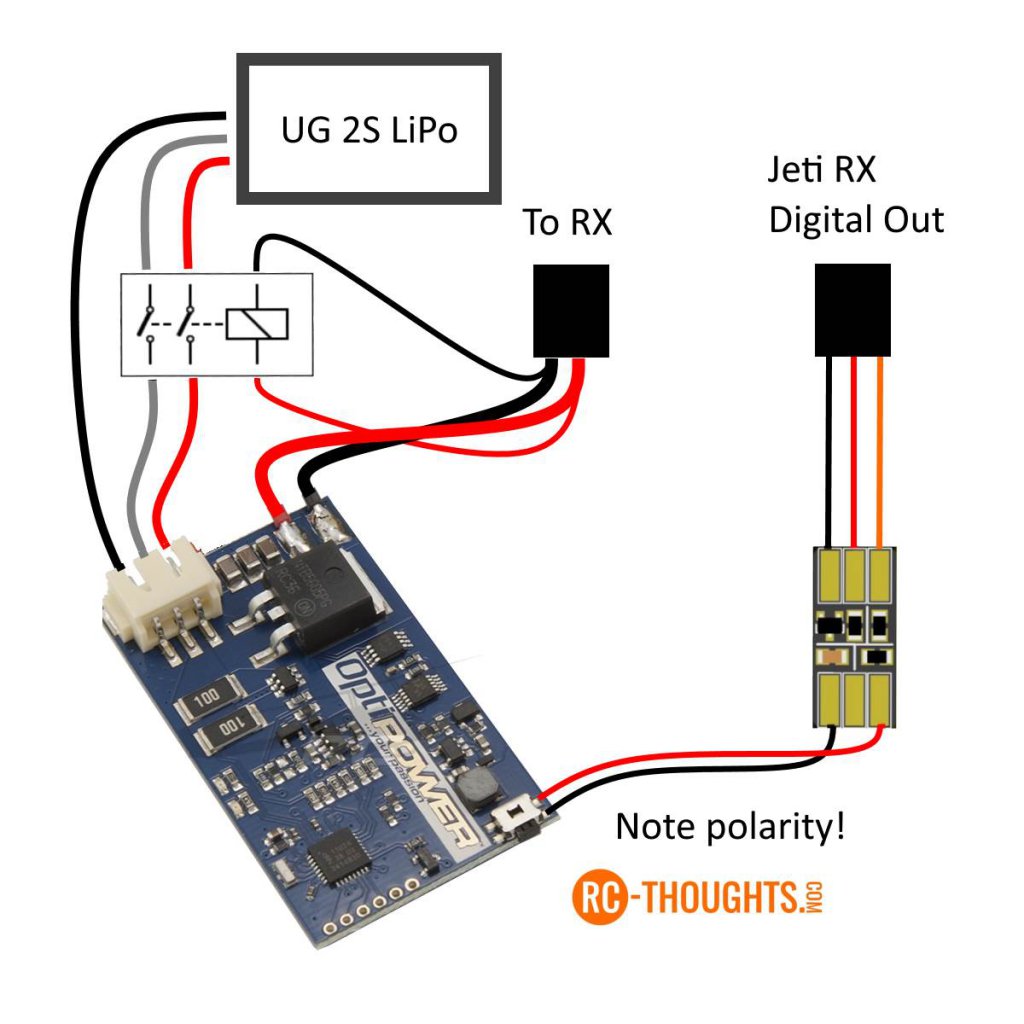 Powering up the system

What do you need?

A suitable dual-circuit relay. These can be found for your RX-voltage, there’s plenty of for example 8-9VDC relays, just pick one and test.

I would personally put a capacitor to relays coil also. Just to make sure that in case of hard servo-usage on backup-power the relay would not disconnect momentarily resetting UG. I do suggest a very thorough testing, as always.

Yes, benchtested. I did not find any strange behavior whatsoever. Of course as usual, I’m not taking any responsibility on what you do to your model.