Now that DC-24 is shipping also in US I’ve got quite a lot of questions on how one can move from handheld DS-series to DC-series, tray-transmitters. So let’s try to answer some questions.

Please note that the matter is in highest grade a matter of opinion and personal taste!

There is a few points we need to clarify. They are the same but they are different:

Let’s take these one by one, here we go!

DS-series have the place for neck-strap in the middle for good balance and at the same time giving user a wide possibility of angle to keep the transmitter on when flying. The DC-series are not the same, there is no neck-strap place in the transmitter, it is meant to be used with brackets.

Brackets are originally in 90 degrees angle from transmitter. I have modified mine a bit to give some down-angle on the transmitter. Coming from handheld transmitter I noticed I really needed some angle. The brackets are easy to modify with a dremel to the chosen angle. 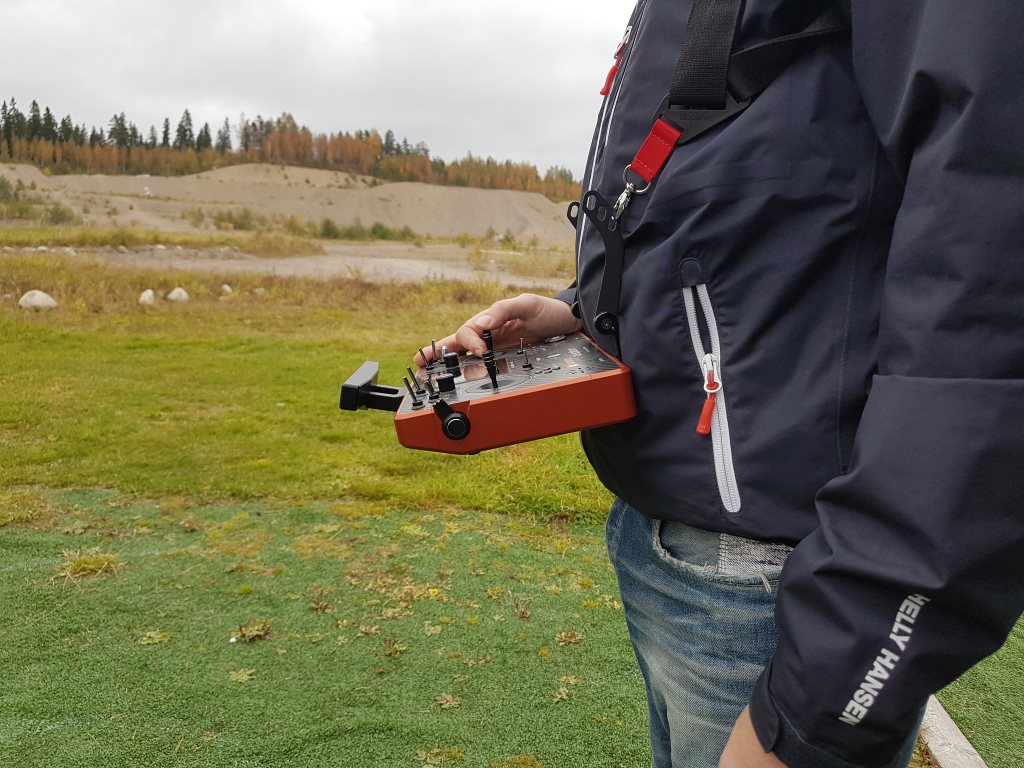 What you may also notice is that I don’t have the original DC-sticks on. I swapped those to DS/DC-sticks model “short”. So short stick-ends in their lowest possible position is the perfect length for me.

Now you will most likely think “no way I can thumb using DC!!”. This is necessarily not so. DC-series from Jetimodel are not quite traditional tray-radios, the distance from side of transmitter to middle of gimbal is quite small for a tray-radio giving the user some possibilities. 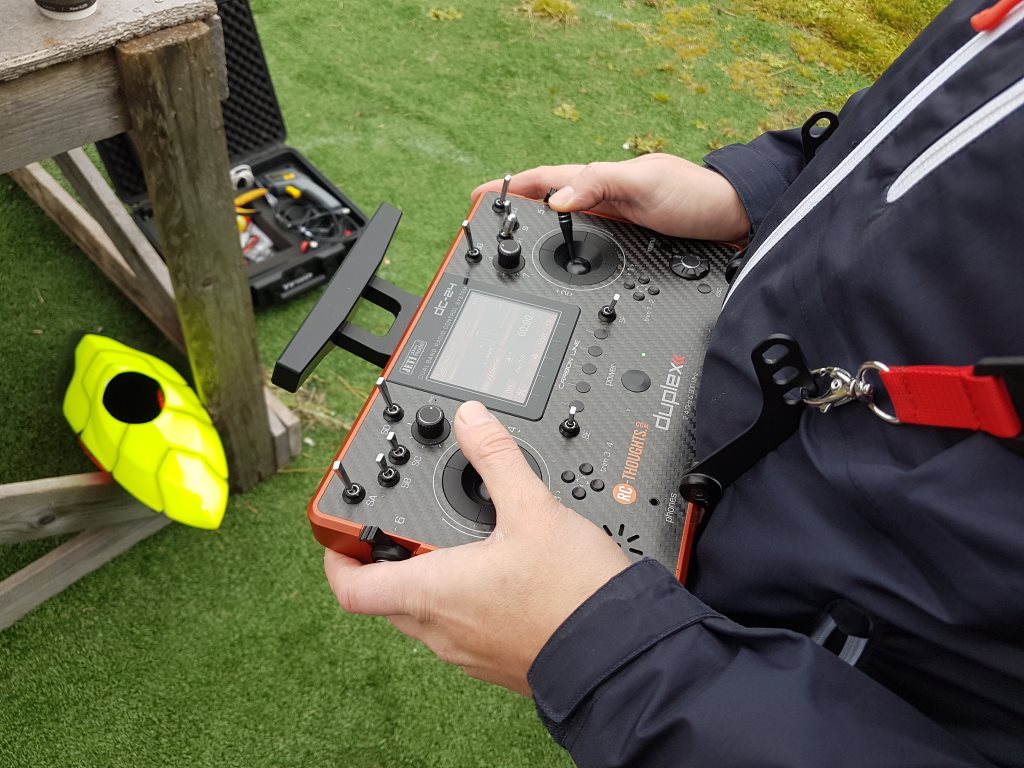 In the picture above you can see a few things. For example my thumb is reaching the upper right corner of left gimbal with no issues. I the picture I’m holding transmitter quite much like a handheld, I have noticed that I rarely do so when flying, it’s more like this: 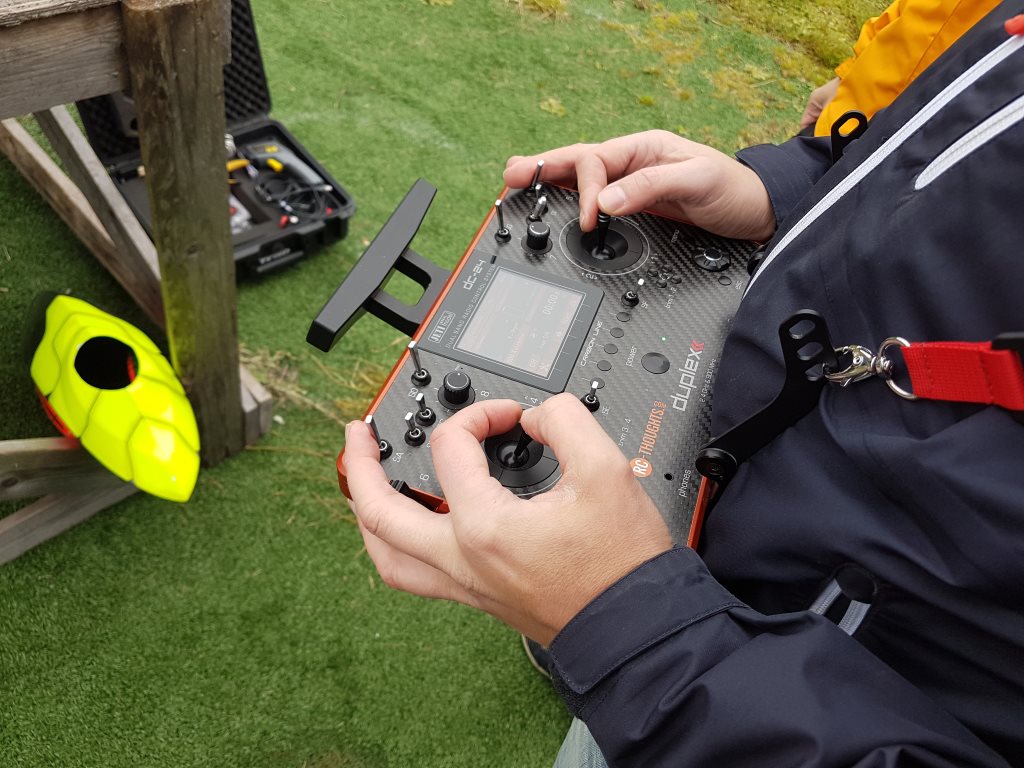 My hands are resting on the side of transmitter, fingers holding the stick with a “thumb-pinch” where thumb is on the top and additional finger on side of stick. Very often in rapid movements I notice I’m doing pure thumbs with no additional support from more fingers.

Now, this is where I found out the biggest advantage of DC compared to DS. Looking at the picture above and below take notice on switch-positions and how my fingers are controlling them. Switches are spot-on where fingers go naturally. Also one very important thing is that used this way the switch-controlling follows fingers natural movement-pattern where simply bending your finger (in the same direction as when making a fist) operates the switch. Now stop and think for a minute and compare the same operation in DS. The direction of flight-mode and hold- and autorotation switches (Traditionally Sa, Sb, Sg, Sh) needs to be operated in the way that finger needs to move left to right instead of fingers natural movement direction. (Hard to explain, look at your hand and you’ll get it) 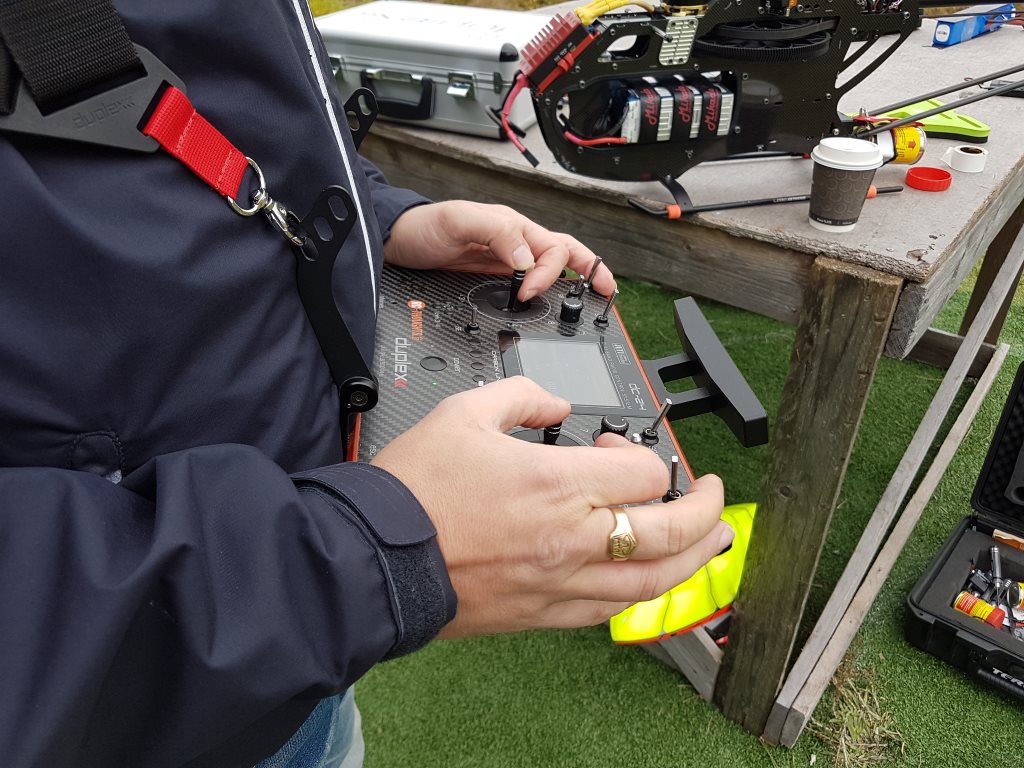 Also the positioning of knobs makes they usable during flight in totally different matter than in DS, they can be operated with one finger without taking fingers from sticks. This is not possible in DS.

One thing I originally did not like as an idea was the shoulder harness. For some reason I thought that it would be uncomfortable and hazzle to put on etc. None of these were true. On the contrary, very easy to use and what is most important, it takes the load off my neck. We do have to remember that Jeti’s transmitters are heavy with 1.25 kilos (for US-guys that’s 2 lb 12 oz) and having that hanging on neck for a day really is noticeable. Shoulder harness fixes this. 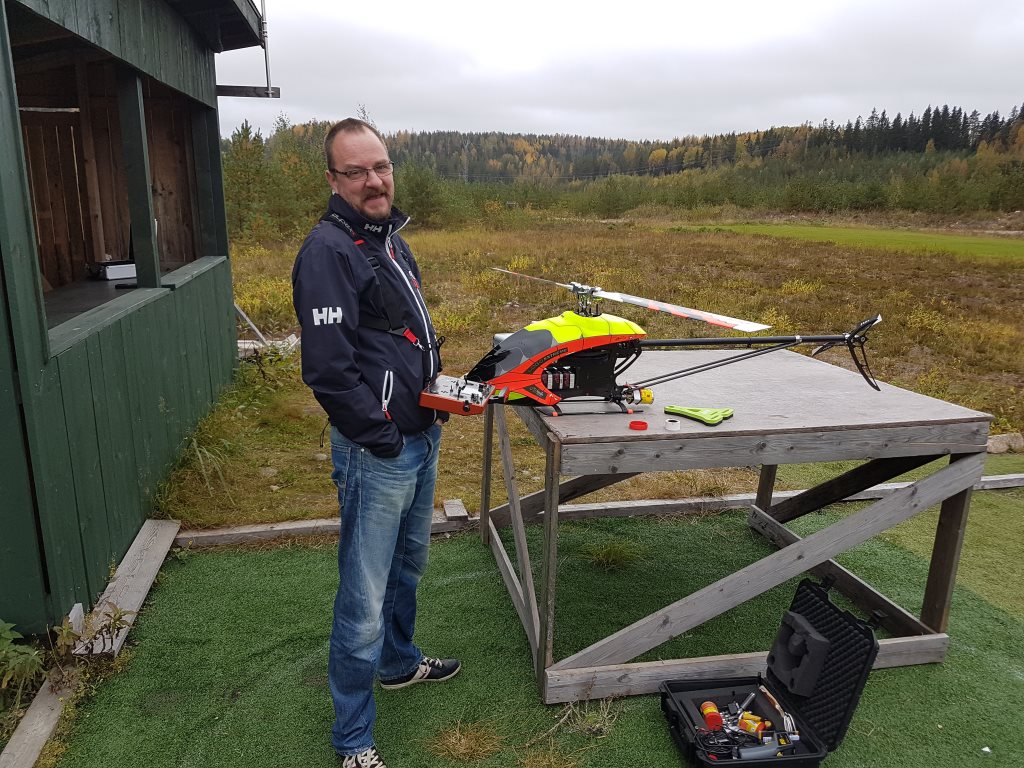 So, what did I get when moving from DS to DC (Not counting new transmitter-functions)?

If you are for example a DLG-flyer and you NEED G-sensors you either need to stick with your DS or you need to set up alternative way to start your timer and whatnot. Simple as that, DC-series does not have G-sensors, as mentioned earlier DC-series are “fixed position transmitters”.

“Will a tray-Jeti suit me?”

I cannot give you that answer. That is simply impossible. There are some factor we have to keep in mind, for example I have one friend with so tiny hands he did not find it comfortable. When been on heli-camps and people are trying my DC I have noticed that there really is big variation in the angle people like to hold their transmitters.

So there is only one absolute way to find out, that is to try one. Search for a friend, go into hobby-shop etc. Of course if You have that amount of extra money, then go ahead and be adventurous :)

All pictures in this article courtesy of Jesi, thanks dude!