As I wrote earlier Kontronik released a new firmware which broke RPM to JLog. I began to investigate and did a lot of testing and then contacted JLog developer Tom via Helifreak-thread here.

The start-situation was very confusing, reported RPM was “all over the place” with no logic whatsoever what I could see. 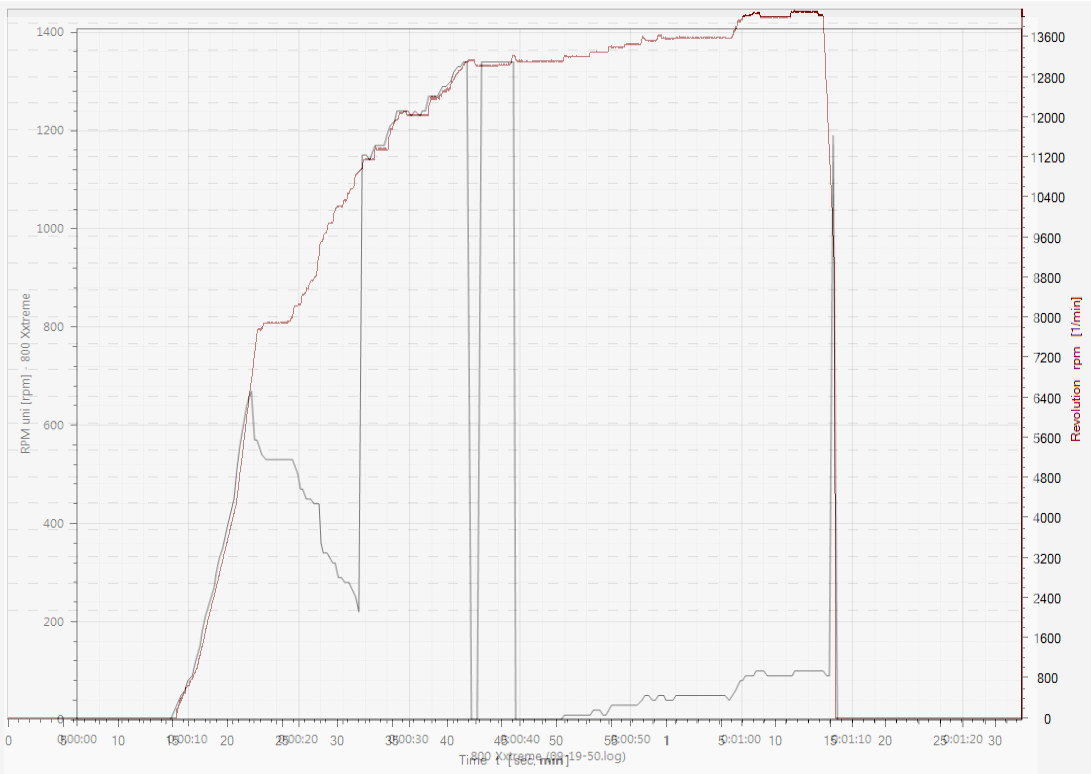 Red curve is from Kontronik, gray is what JLog sees and reports to Jeti. Not nice at all.

And after that you get both the right headspeed rpm and also the RPM for the motor in JLog: 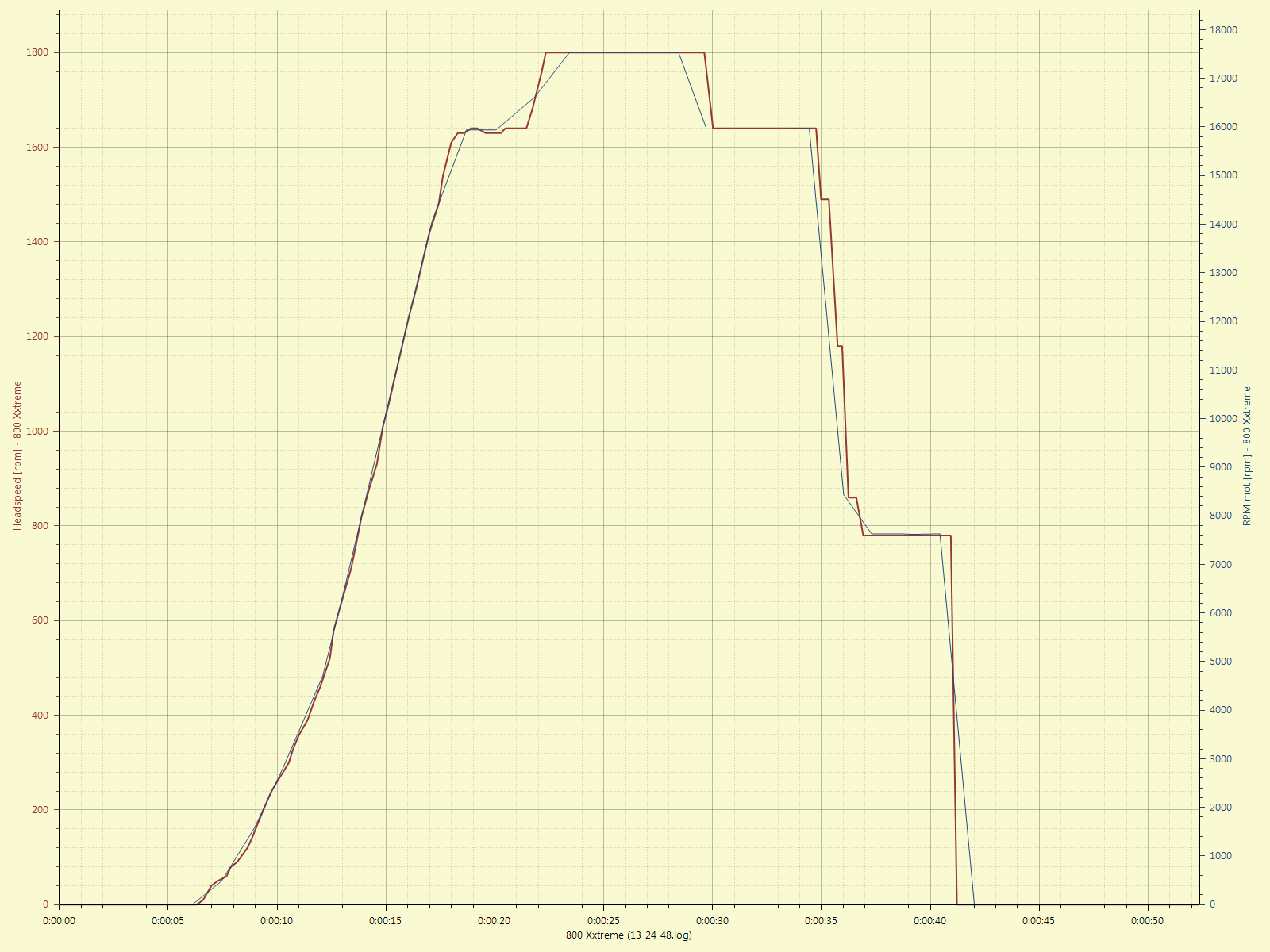 So. It got fixed and pretty fast.

Huge thanks & props goes to Tom for reacting so fast! Great job!