My charger-case sounds like jet-plane on take-off. That’s due the DELL 700418 power-supplies with 2.8kW of power. It’s not bothering at all on the field but when doing something with case at hopme it’s somewhat annoying.

While chatting the usual nonsense in IRC an mention popped up about a specific HP-manufactured server power. What was interesting was the specifications, 1200W per piece, and very quiet. Sounded promising so I ordered four.

After I received them I did the DC-float mod on three units since I’m using 48VDC voltage to charger mainly to keep the current low. Another great thing is the power reserve. Since I’m using about 2,6kW at most there’s almost 50% power-reserve left. This means lower stress on the PSU’s which means lower temperature on the PSU’s and that in turn result’s in lower fan-speed’s and more silent operation. See where we are going?

Another great thing is weight, after the PSU-swap is complete the charger-case will be almost 5 kg lighter (that’s about 10 pounds for You americanos) and this means of course either possibility to come up with some ideas or less stress to my back :)

There’s quite a lot of pictures on modded models out in the World Wide Wait and seems that everyone solders the wires straight on the PSU. I did not want to do that due harder installation and maintenance so I ordered some 8 mm bullets, did a groove with dremel on them with tight fit to PSU’s PCB and soldered them. One would most likely be sufficient but I thought to be sure and will be using dual connections. Don’t wanna open the case too much to do some repair’s.

I’ll install them most likely on upcoming weekend, we have an extra day off from work so it’s a bit longer weekend this week. 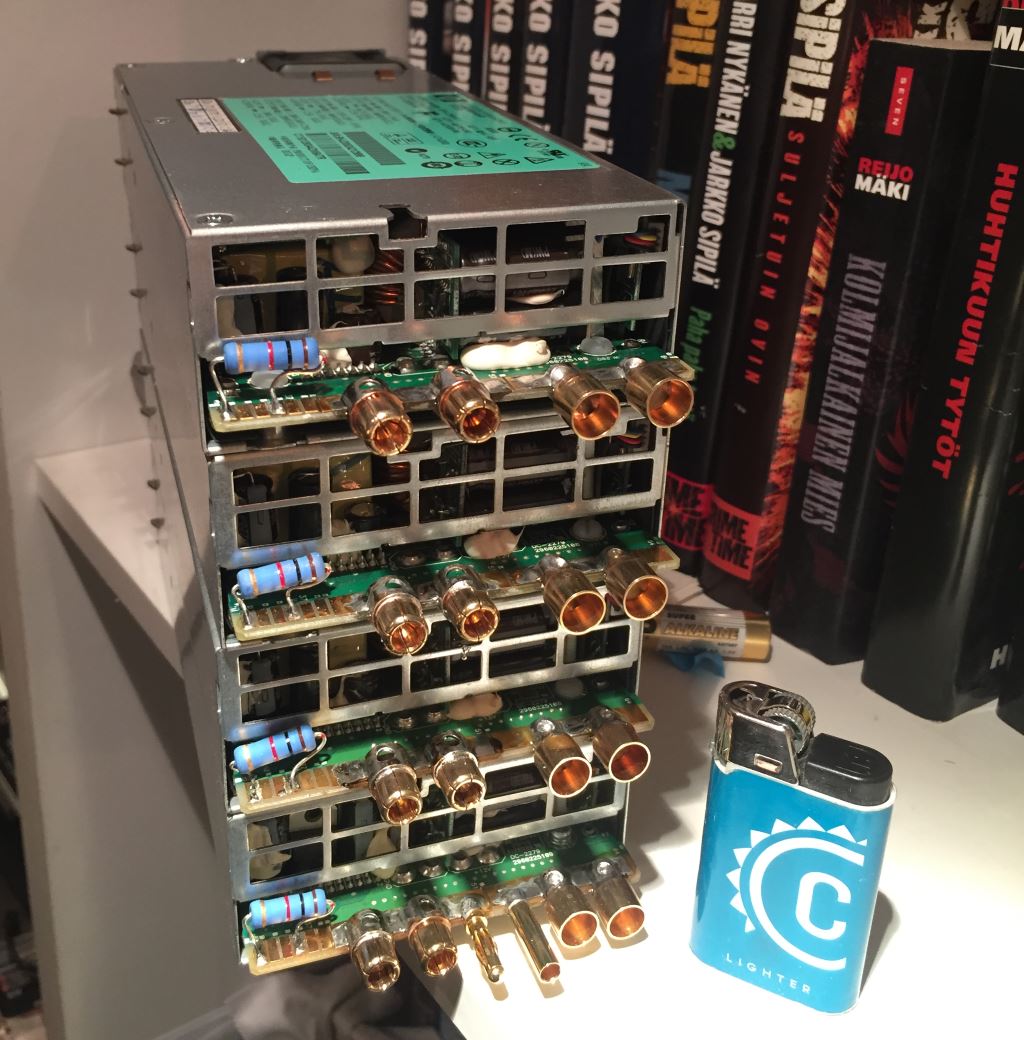