Honestly, I’m embarrassed, this really should not have gone through testing. When using fuel from tank the “Fuel Remaining” percentage-value was decreasing as it should. But when it got to a certain point it would behave strangely and it would stop at 50%.

The error was really simple thing, I was trying to calculate divisions with integers to integers and of course that does not work. A hard reminder that I’m just a n00bie having fun what comes to programming :) Well, it’s fixed now.

Another thing fixed is a negative bug. When user had consumed more fuel that the set tank-volume is the display would jump to over 100 which is of course wrong. It’s now fixed, when for example you have 1000ml tank and have used 1050ml the display is now 0%.

So get the v.1.2 firmware and enjoy the Jeti Fuel Sensor!

I’ll go and sit in the corner for a while now :) 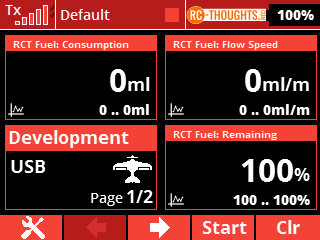 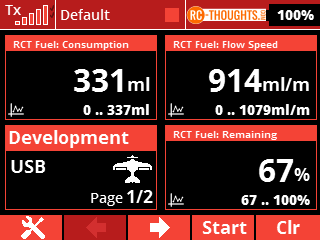