Sometimes a user on forums, this time on RC-Groups, is asking for something that makes my brain tickle. This was one of those occasions.

So, let’s get investigating…

Definition of Fuzzy logic is basically that the value is not necessarily 0 or 1, it can be something in between. And yes, Jeti can do that.

Let’s have look from the simple end:

Now, the issue that collides with the user’s needs is that if either elevator or rudder is lowered under the 90% the logic switch goes inactive. We need to define somehow that BOTH the elevator and rudder needs to be under 90% before logical  switch is deactivated.

In fact simple. We’ll use fuzzy logic, we have to determine that a switch can be something else than simply ON or OFF. 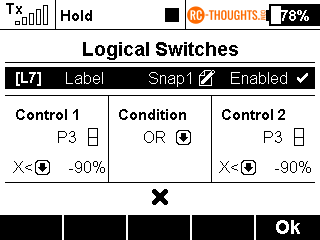 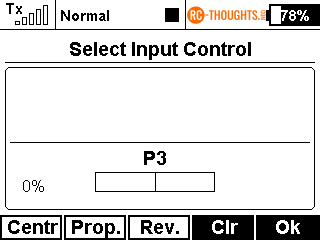 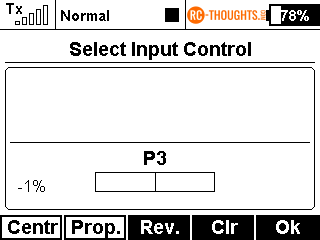 You can verify correct settings by moving rudder over 90% to left or right, logical switch “Snap1” is active. 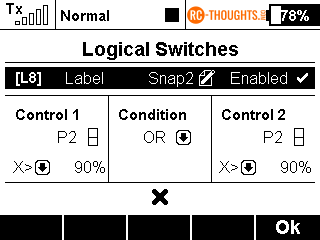 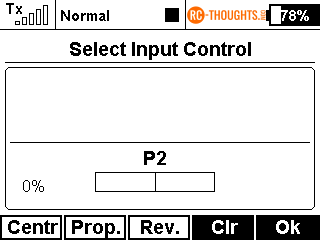 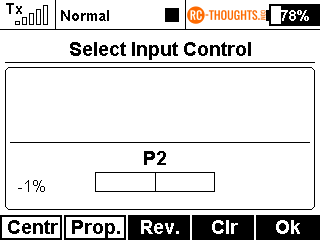 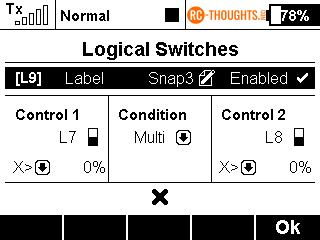 Now you can test this. Move your rudder all the way to either direction, you’ll see the value change from X to 0, same should happen if you move your elevator all the way up or down. If you move BOTH stick to over 90% at the same time you’ll notice this logical switch goes to ON instead of 0 or OFF. 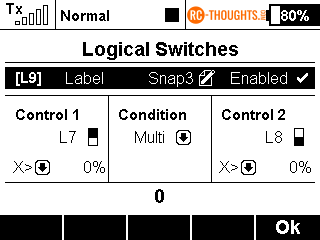 This is not enough. If you are using this function to control something and need a simple ON-OFF switch for that we need to create one more logical switch, this is finally the one named “Snap”.

Make a new locigal switch with only function of “Snap3 centralized and proportional, value over 0%”. This switch is active only when our fuzzy switch is truly ON and not when it’s state is OFF or ZERO. 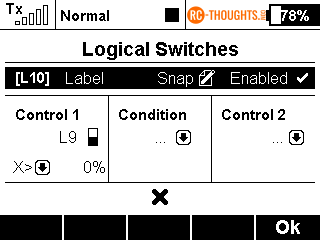 This last logical switch is the one you can use for whatever the need was.