Gotta love the spring and beginning of summer. Four heli-camps in five weeks! 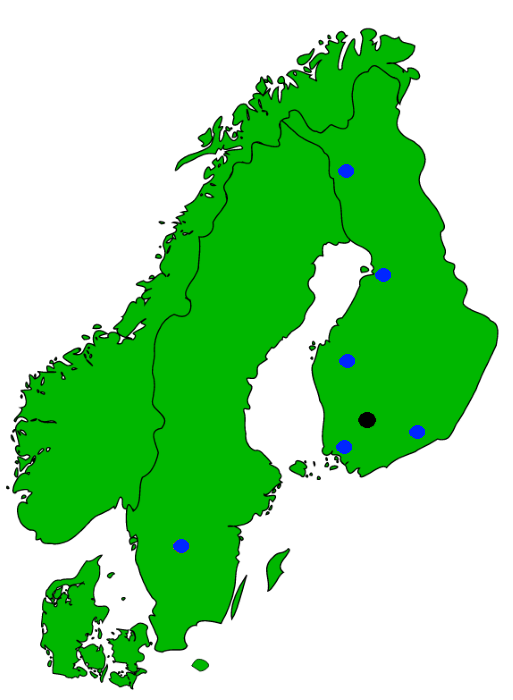 Black dot is my hometown Tampere and blue dots are locations of the helicamps, first we have Turku, just next to hometown to the lower left. Only ~150 kilometer away.

If any happening has traditions it’s the heli-flyers springcamp held at Turun Lennokkiseura’s really great flying-flied at Paattinen right next to city of Turku. Once again Jari Niemi had organized the meeting and held the grill open for the whole camp. The grill is called “Bar El Carsee”, freely translated to “Bar Horrible” but I can assure there’s nothing horrible in the food, thanks man, once again!

We were extremely lucky with weather, first real summer-days for the whole time! Temperatures well above 20°C (68°F) and sunshine for the whole weekend!. We’ve had a very cold and late summer so this really was appreciated!

Here we go! Going to heli-camp is easy as 1-2-3! Just stuff some things to your car and enjoy the ride! 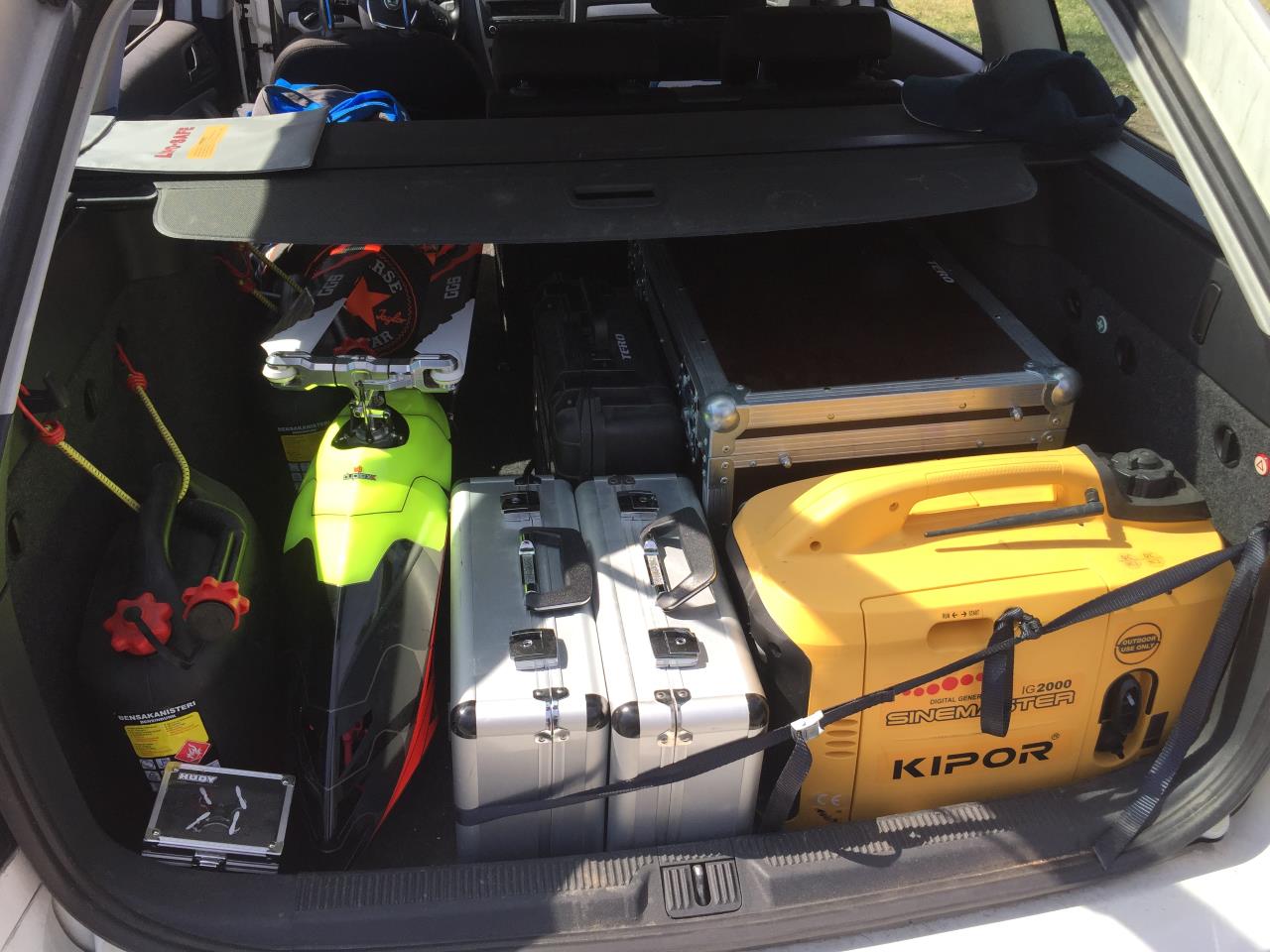 This is taken from  mid-field towards the end, participants seems to be lower again than from last-year. I think a lot of people were expecting bad weather and skipped. Too bad, we had excellent weather and a lot of fun! 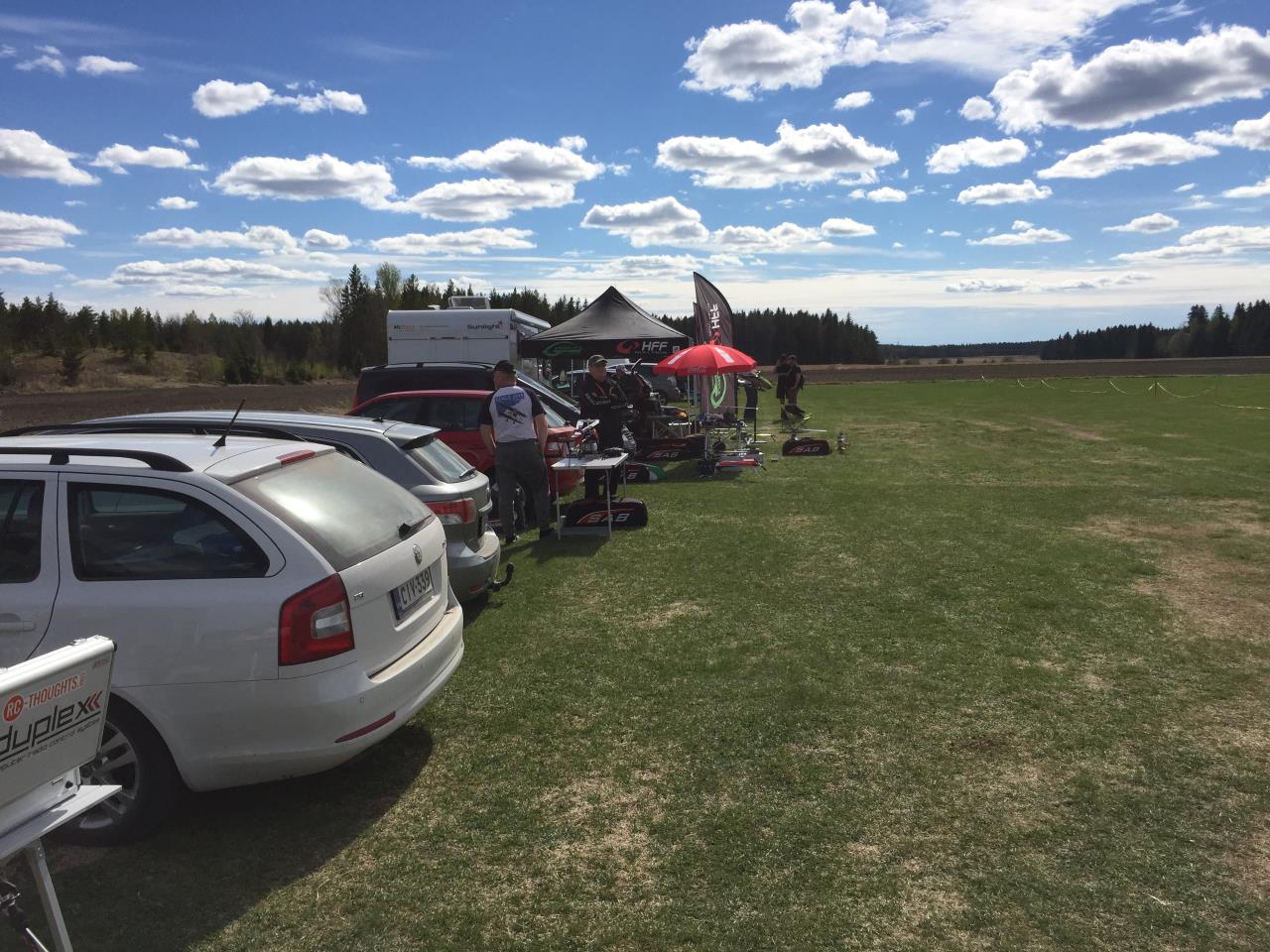 And this is “Camp Manse” (“Manse” is short of “Mansesteri”, nickname for my hometown Tampere). Two years ago we had bad weather and it was cold, after the camp a few of us noted that “never again a tent” so we started renting a camper instead. Very comfortable and reasonable price when split three-ways too. 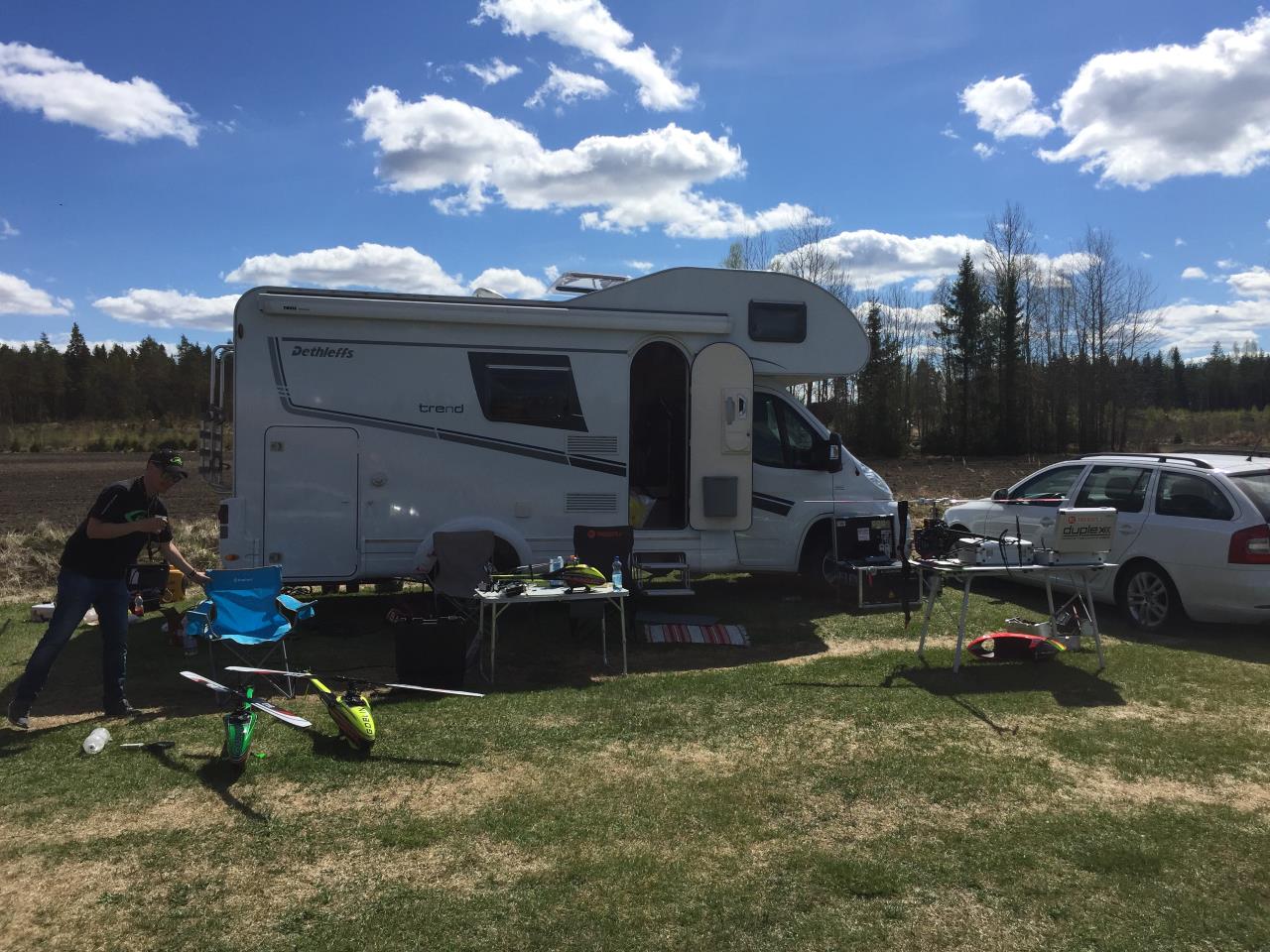 And these teenagers. Always fooling around with their mobiles. “No, I’m just chatting with my wife!” Yeah sure, I know you’re on Helifreak…. :) 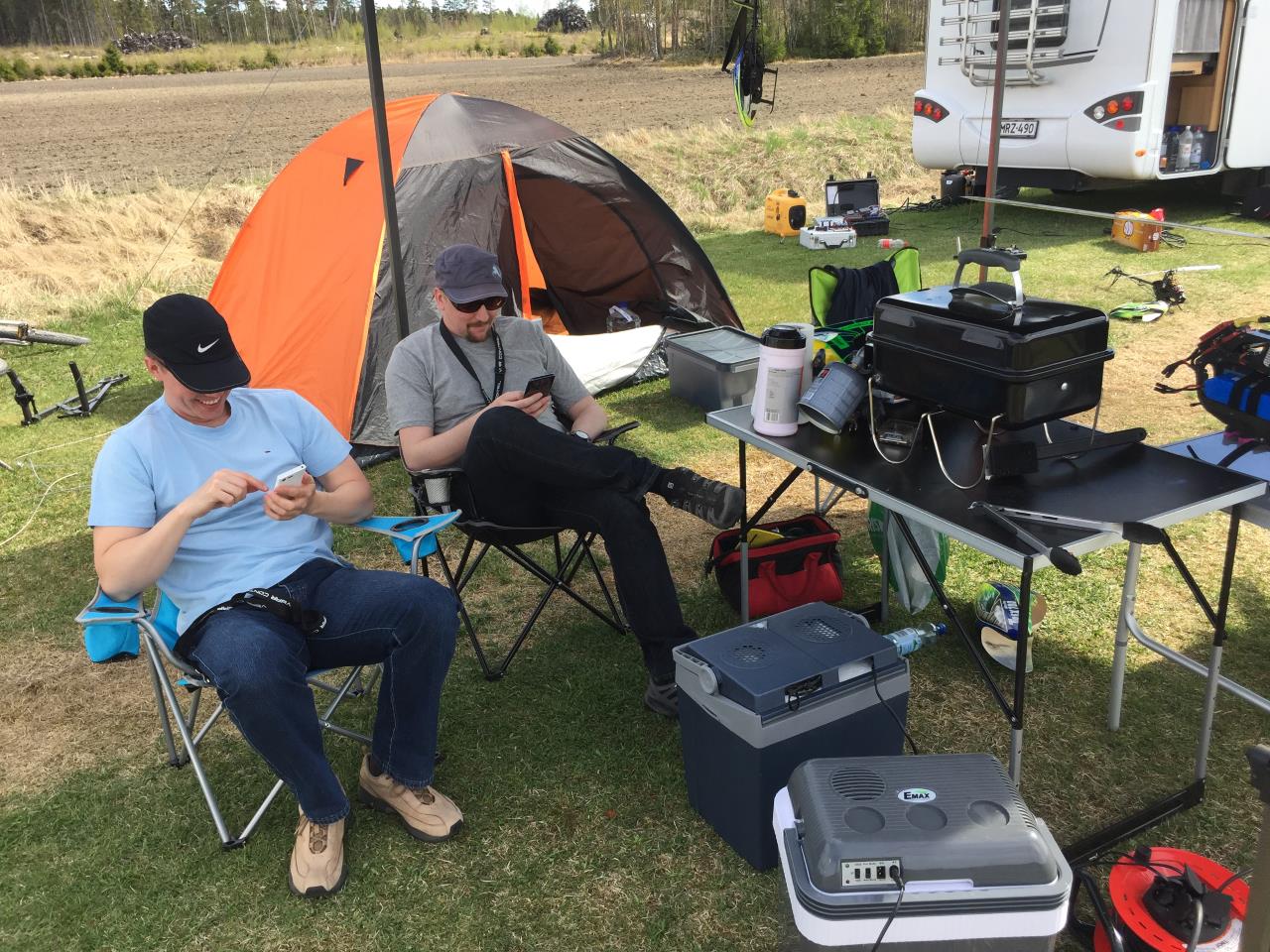 Well. Then we have Wilikki. Yes, that’s the nick-name. We’re thinking that he should change it to Sir Crash-A-Lot. It’s not uncommon to see Wilikki, sorry Sir Crash-A-Lot, coming to field with 3-4 working heli’s and going home with one in working shape. He calls it learning, we call it great entertainment :)

Of course a helicamp is no exception. Wilikki goes flying, after the flight lift’s the wreck to table. Takes another heli and repeats the procedure. Don’t believe me? Check out the pile of MSH Protos below :) 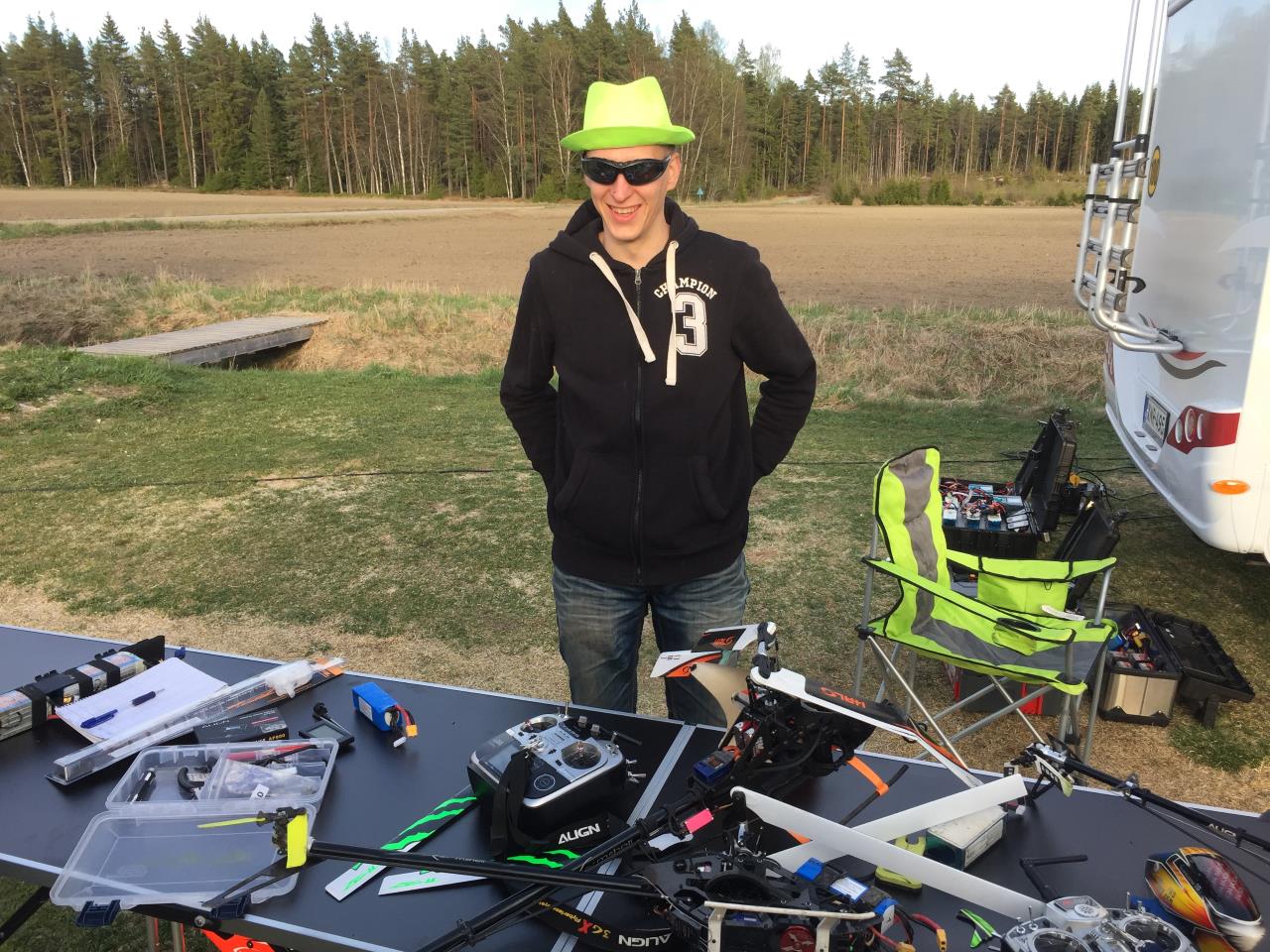 To Wilikki’s defence we have to be honest, his flying is really developing and going forward, really nice! Keep it up, if not for yourself then for us! :)

There’s heli-crashes and then there’s “the mother of all crashes”. You know the type where there’s not that much left. Anssi was flying his Goblin Speed and just after a very high stall turn when being totally vertical and nose down he lost all control to heli. Goblin fell from the sky straight to ground with nose down. Kontronik Kosmik was bent, batteries were shortened, thankfully no flames. Pretty much totaled.

But, as always, after few minutes the man himself can almost smile. Unfortunately this is a hobby where we have to be prepared to pay for the heli everytime we lift it up to the air. 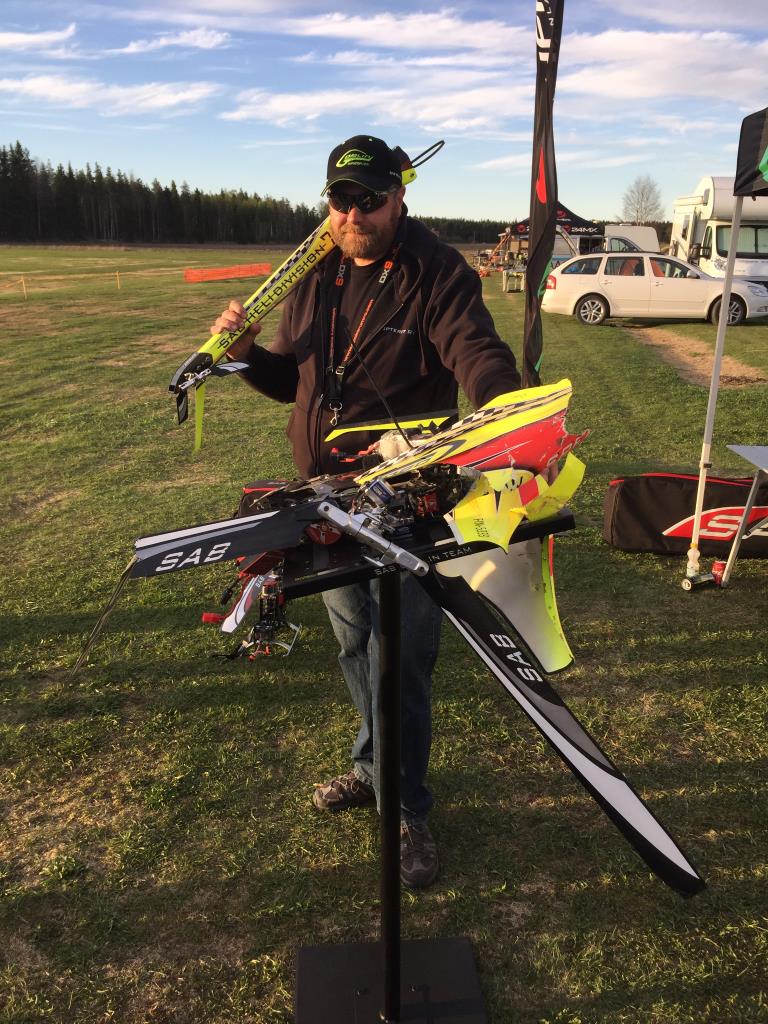 What did I do?

Well, a few flights with smoke just for fun :) 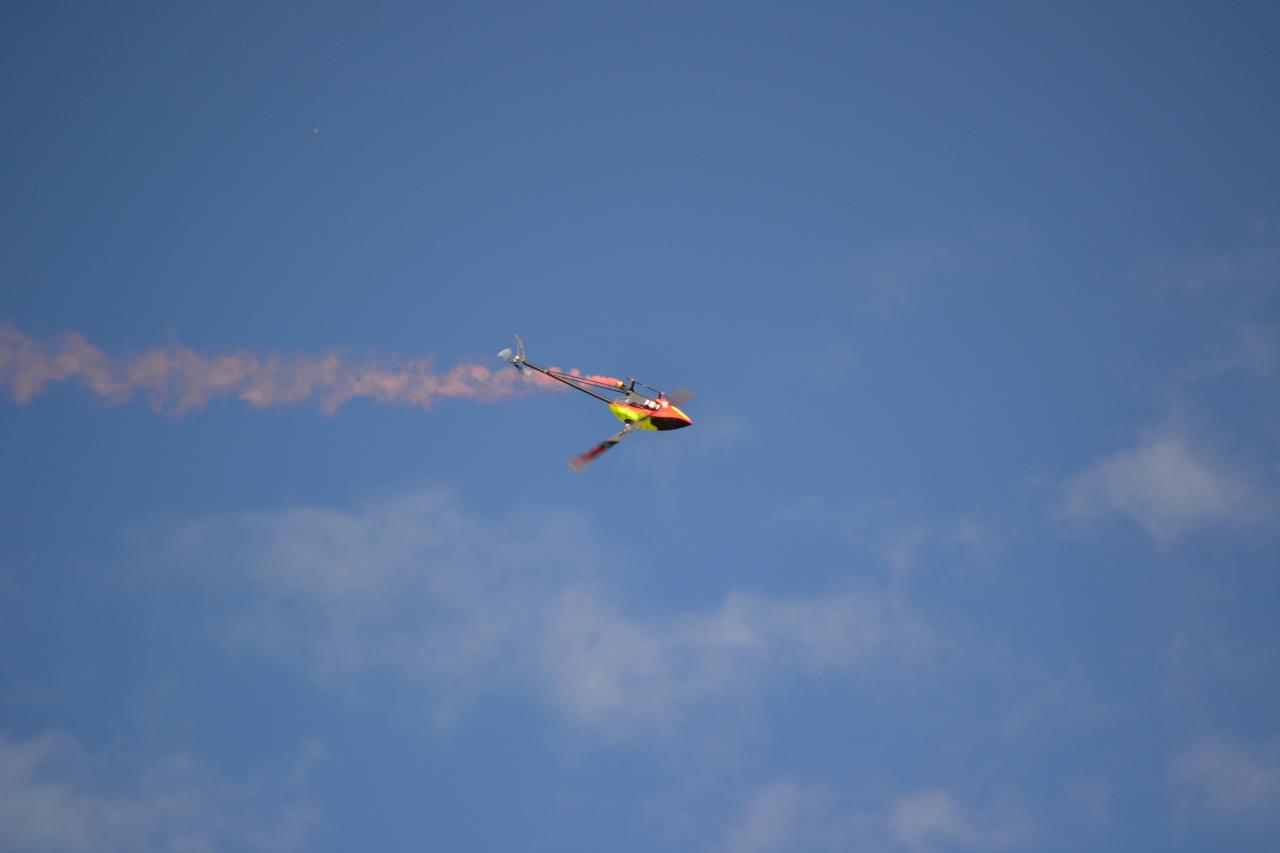 The Speed Cup competition was unfortunately cancelled due equipment-failure but a member TyyliMylly organized a drag-race for heli’s and I got to be the one sending them away. That was really a blast of fun. Two helis starting from idle2 on the ground and then putting all pitch they have… Most spectacular was the start of four heli’s at the same time, excellent entertainment!

Another rare nature-event occurred during the drag race. One could actually spot a heli-geek in the wild, running! Yes, heli-geeks can be spotted in nature at rare occasions but to see them running is very exceptional! So here’s proof that I really DO run sometimes! 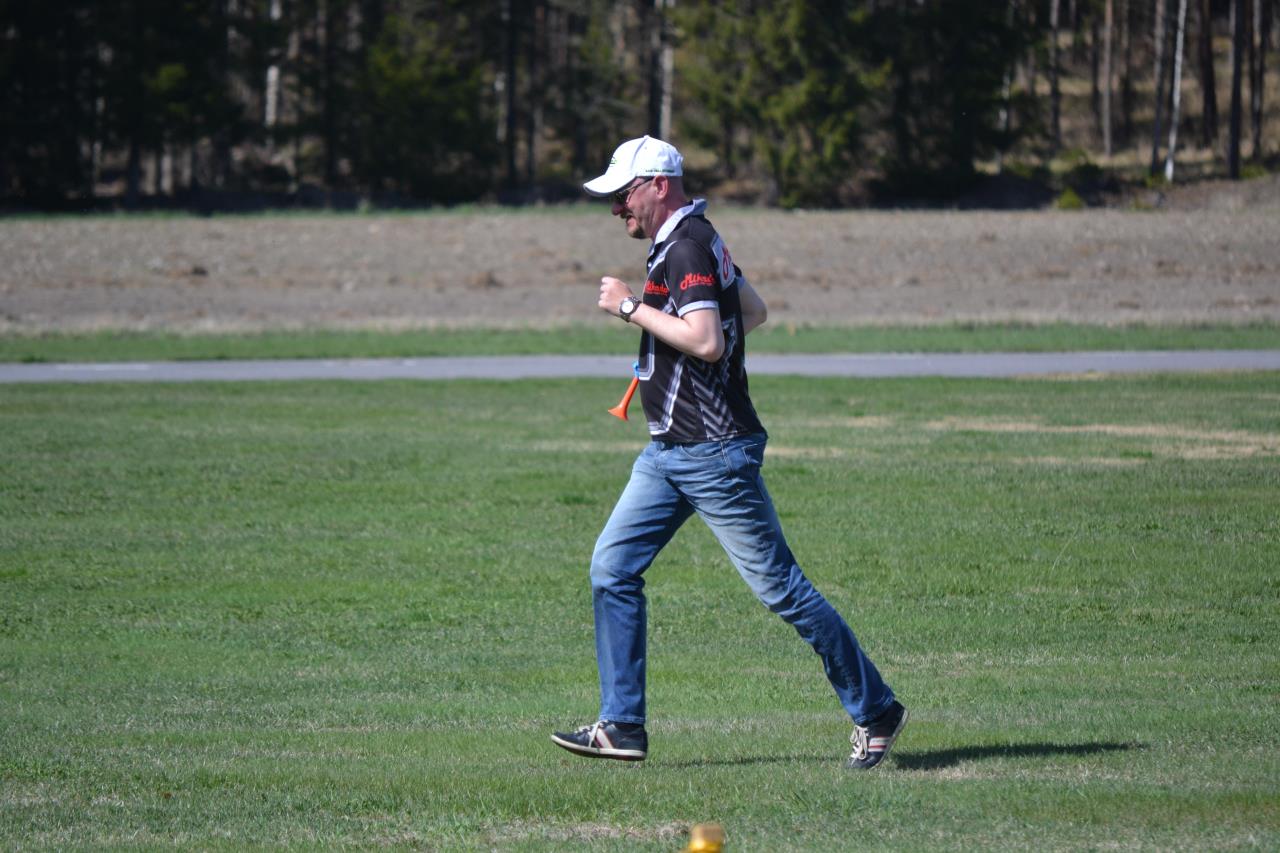